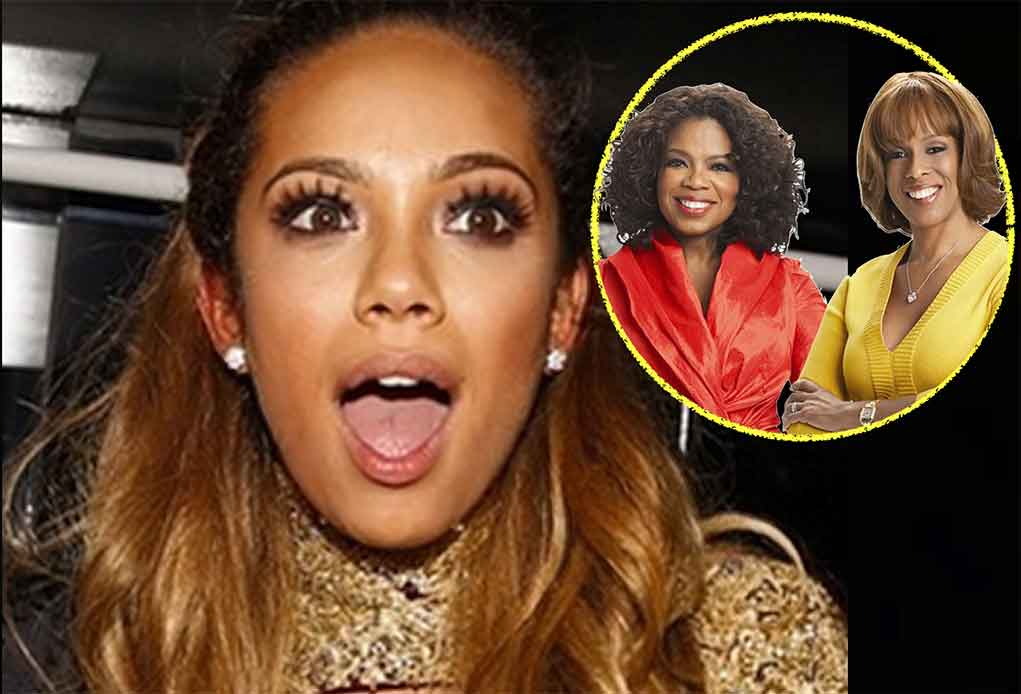 Word from Sin City has it that Oprah’s Very OWN, Gayle King showed up in Vegas to get her girl-scouting on; using the Mayweather-Paquiao fight – as well as events surrounding the match, to exercise her reported agenda to bump. Enter Erica Mena, who seemed to dazzle Gayle after the pair’s first encounter. Know why? Because Gayle put the hook-up on blast. But it’s an IG post Gayle seems to have since deleted, leading Mena to pout. 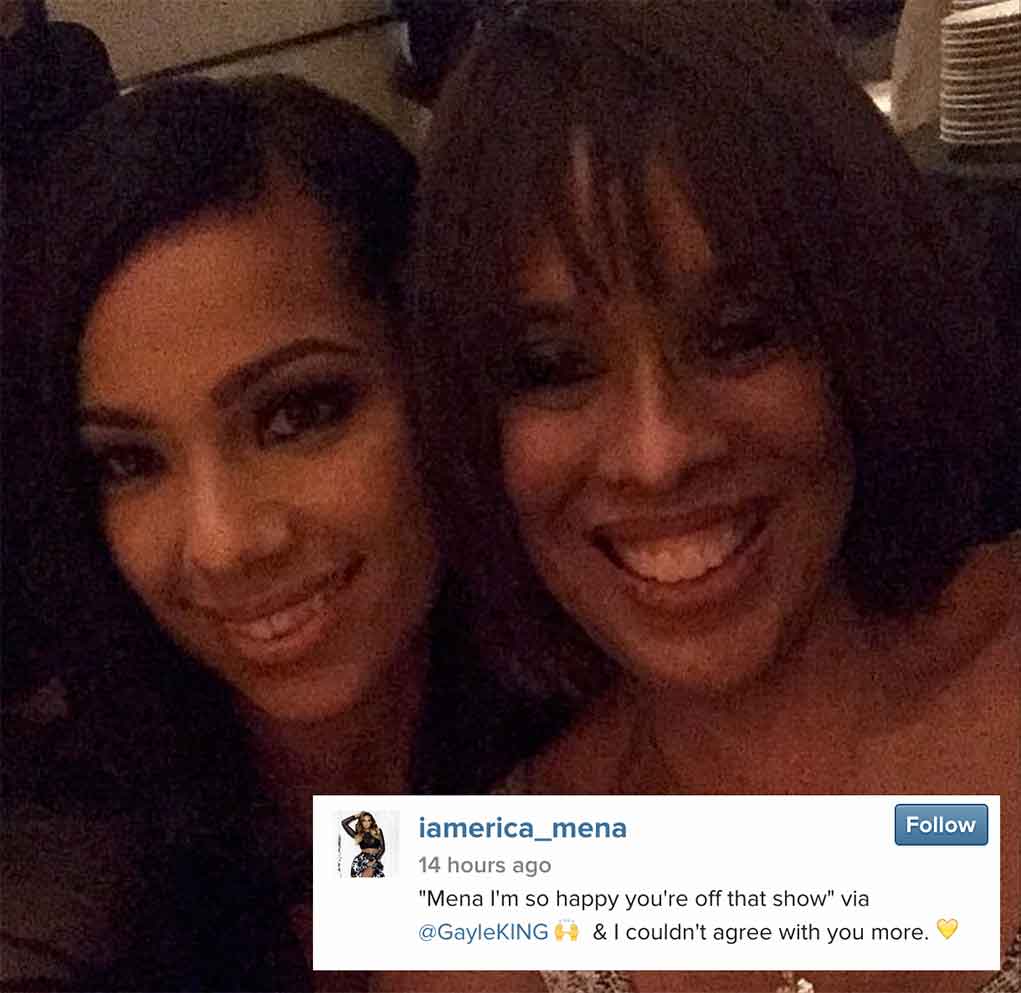 Now, only time will tell if Erica dazzled Gayle King enough to gain a pass to OWN. For Mena’s sake, let’s hope she made an incredible first impression!

“Erica wants to seal the deal with Gayle and Oprah so bad, she can taste it. She ain’t playin’ around! She’s working the industry like a h*e working the block.” 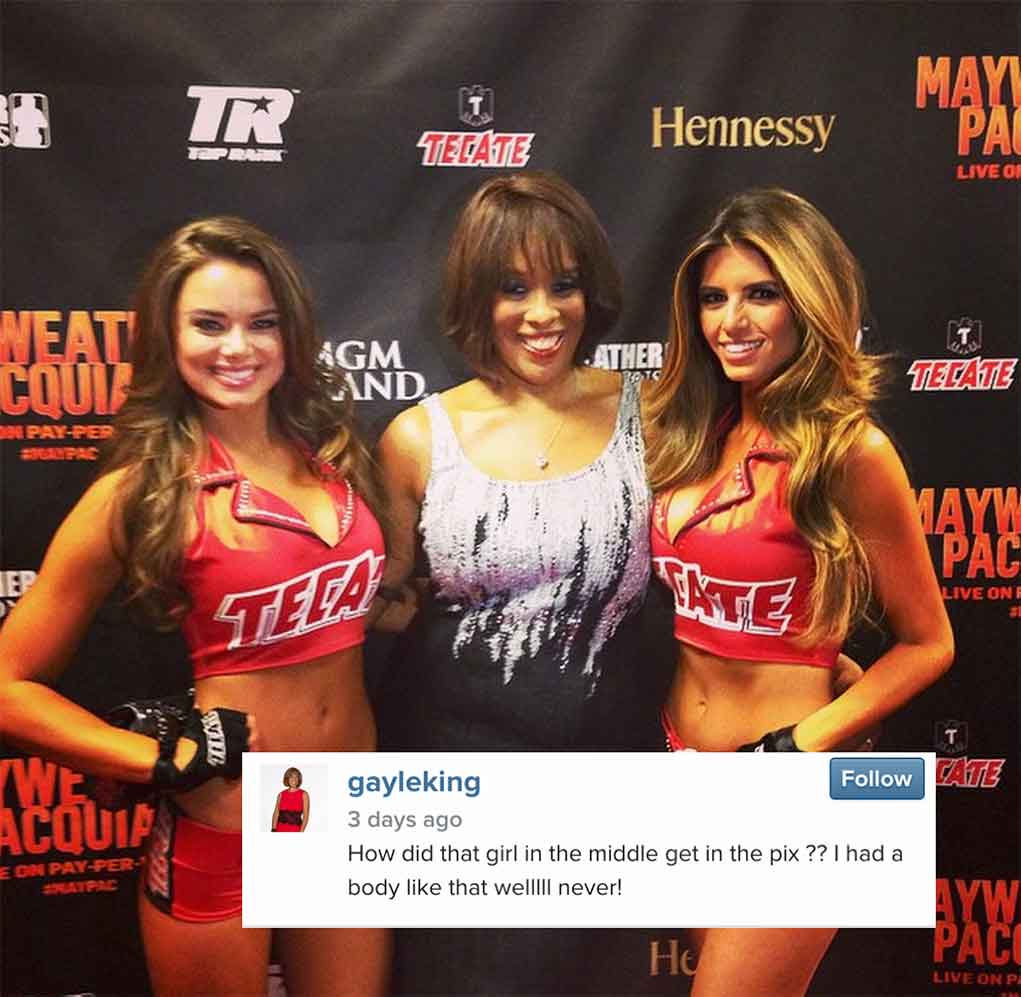