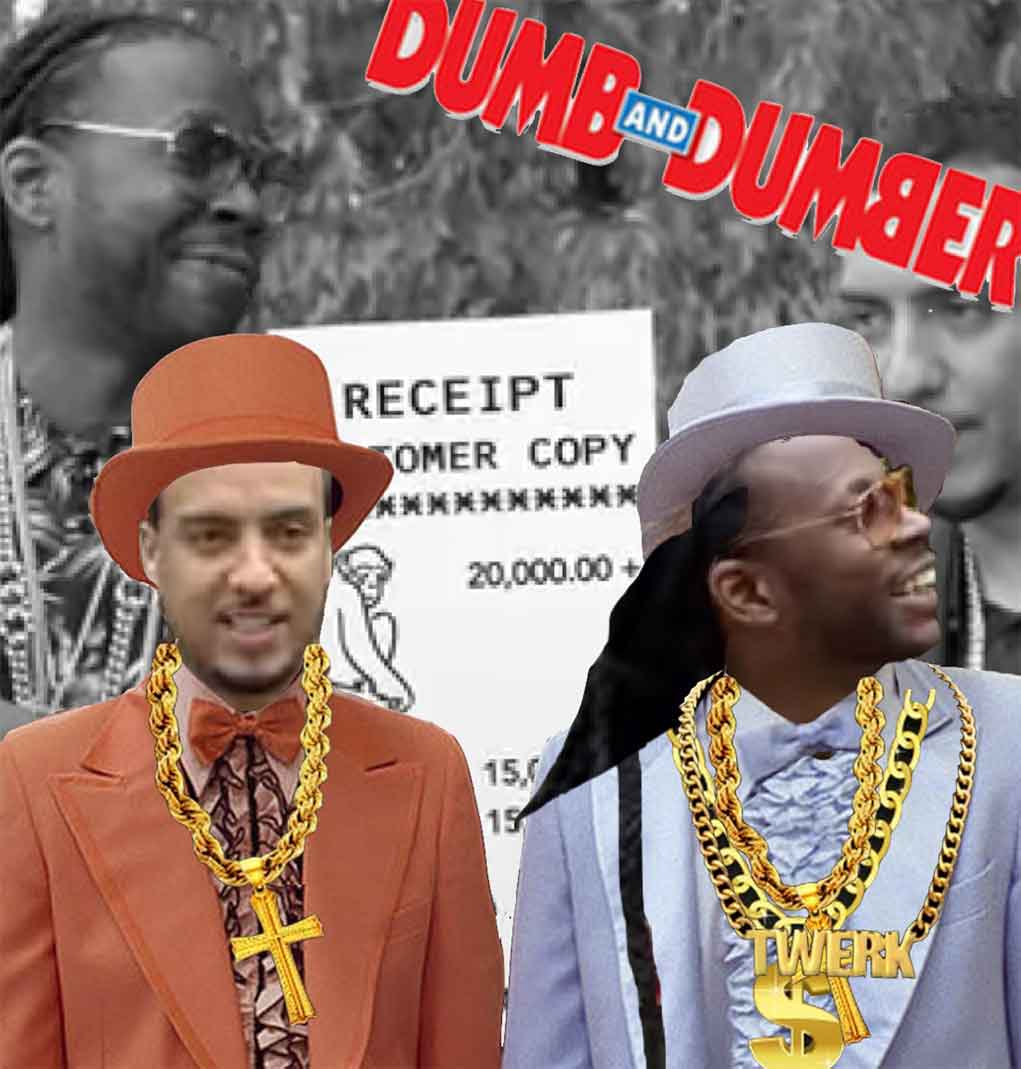 Either French Montana just named ’40K and a Giraffe’ the new ’40-acres and a Mule’ or he’s just another Bad Boy that’s gone from Puffin’ to blowing smoke … aka “money coming out the anus”. Not really an equation we care to figure out so we’ll leave that rapper formerly known as Tity Boi to do the math.

Carry the 1 … WTF? Anyway these fools French and 2 Chainz recently took up role-playing at the zoo. That’s where the Fairy-Lanta pair played make-believe shopping for exotic animals … completing their fantasy by picking up a fake $100,000 check. And you best believe the cameras were rollin’ for this one! It all went down for (if you can believe this) one of the 30-episodes of the web-series “2Chainz & Most Expensivest Shit” … This just in: ‘Expensivest’ is the New ‘Otay’ … 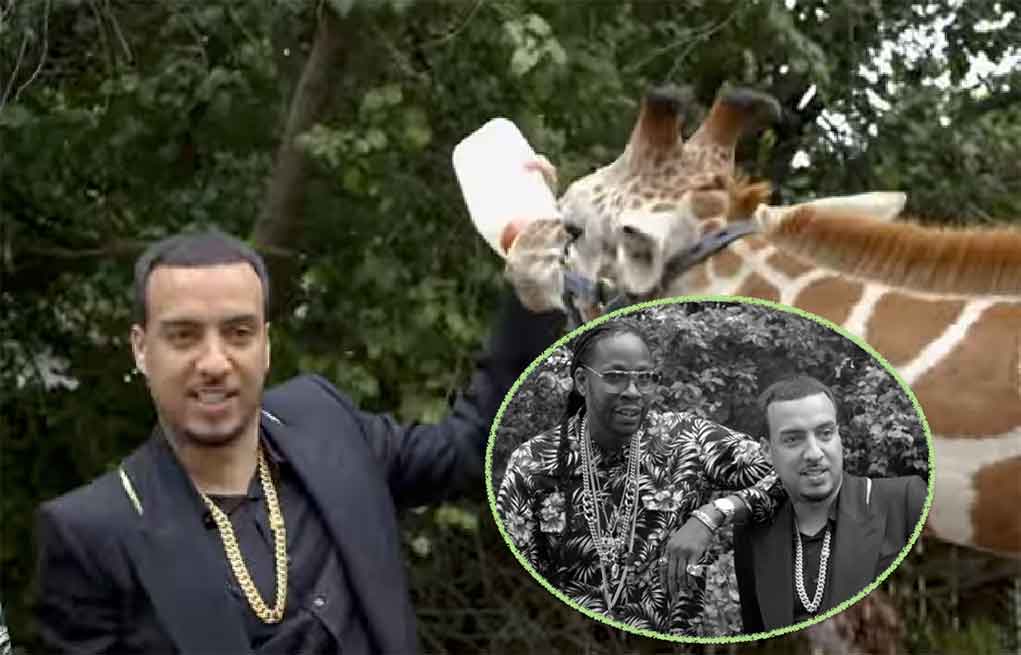 “Forget about “mo’ money mo’ problems.” When you enjoy the finer things like rapper 2 Chainz, the more cash you have, the better. Watch as 2 Chainz sets out to find the most outrageous luxury goods on the planet.”

Here’s how 2 Chainz reacted to his French-shopping spree:

“You know French got that good azz hair, so we could come up here with a hundred …