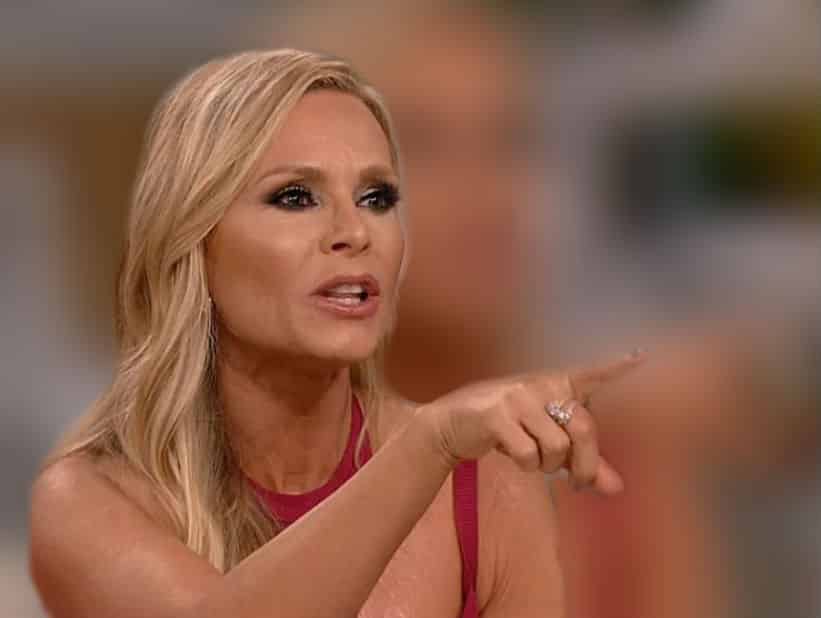 Allaboutthetea.co Exclusive – The Real Housewives of Orange County is shaping up to be a jaw-dropper — and Tamra Judge is sitting squarely in the hot seat.

As reported exclusively by AllAboutTheTea.com, Tamra is set to be slammed with her past, after an audio recording captured the reality star getting down and dirty with former boy-bander, Jeff Timmons, during a charity recording gig.

The woman at the center of the controversy is spilling the tea — and while she has asked to remain anonymous for now — the details are coming fast and furious. The owner of the recording studio is the one person who can really bring the reality star to her knees — and she is speaking exclusively to AllAboutTheTea.com. Here are the alleged facts.

Tamra participated in gay rights campaign, NOH8, around mid 2010 — and was asked to record a jingle for the cause. 90’s boy-bander, Jeff Timmons, was in the studio, assisting the Bravoleb
in the recording project. Tamra was allegedly caught in the act, clueless to the fact that her mic was still live.

“There was heavy flirting. We all saw it because the studio has a glass door, there’s nowhere to hide.” Describes the eyewitness. “She’s [Tamra Judge] on her knees [performing the blow job] then she’s gyrating on his lap. Afterwards, Jeff gave me a detailed explanation of why they hooked up — and described what it was like. It’s mortifying for any man to talk about a woman like that.” 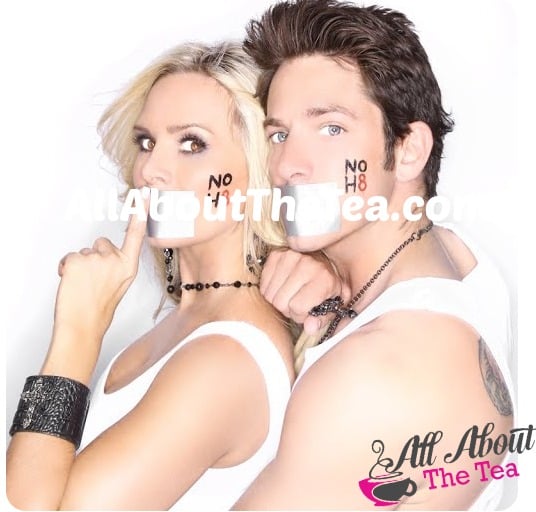 The source’s husband was a production partner with Timmons at the time of the incident. The two men have known each other since 1998. Timmons was brought into the mix to help out Tamra in the making of the jingle, in the couple’s California home recording studio.

“Tamra asked us to leave the room — then it got extremely quiet upstairs that’s why we started to look in the glass door because, we were like why don’t we hear any singing or music. We [Jeff and studio owner] were chatting after the act and I asked him why he hooked up with Tamra. He said he was taking one for the
team,” continues the tipster. “He wanted to make sure she finished the song so we could release it. Our production company received no financial benefit in releasing the song.”

The studio head also alleges that Tamra has been at war with her for years. Tamra has supposedly blocked production from recruiting her to appear on the show, more than once. Bravo has expressed interest — because they know that she has knowledge of Tamra’s buried secrets.

This woman owns the audio recording that exposes Tamra and Jeff’s tawdry romp — which went down when Tamra was in a committed relationship with her now husband, Eddie Judge. Timmons married his current wife only one month later.

“Normally Jeff went for hot 20 year olds, so my husband and I were taken back by him hooking up with Tamra, because she was much older,” the studio owner dishes. “Ricky [Santana] was just like ‘oh that’s Tamra.’

Ricky Santana, Tamra’s former bestie, has since parted ways with the Bravoleb.

“When I texted Ricky and asked him what Tamra told him to say if Eddie ever asked anyone, he said that she said to, ‘deny deny deny.’ That’s what Tamra does.” The source revealed.

The woman claims that Tamra has actively sought to ruin the couple’s reputation and professional standing in the community — in an alleged effort to thwart any RHOC involvement.

“Tamra tells people that I don’t exist,” explains our informant. “She says that I’m fictional, but the ladies know that it’s not the truth. We have actually exchanged text messages, and the cast is aware of who I am.”