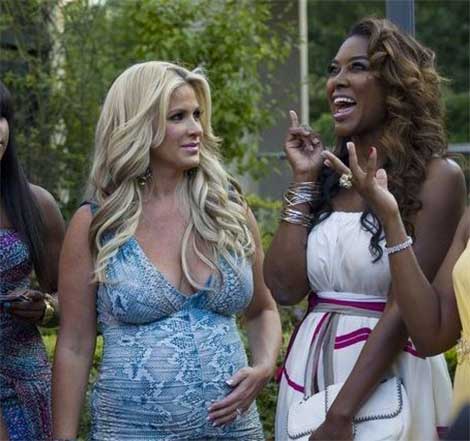 Kim Zolciak and Andy Cohen recently kicked it, leading the former RHOA cast member to reveal she “didn’t like half of the women on the show.” But the way Kim breaks it down, it’s looking like Kenya Moore would be the main female she’s far from gellin’ with.

Here’s what Kim said about Kenya:

“Kim and NeNe have mended their relationship, but “RHOA” still has plenty of dramatic moments, and Kim suggested maybe it’s time for NeNe to branch off.

“We all know that NeNe could probably carry the show by herself,” said Kim who also named Phaedra Parks and Cynthia Bailey as women who have interesting storylines during season 7.”