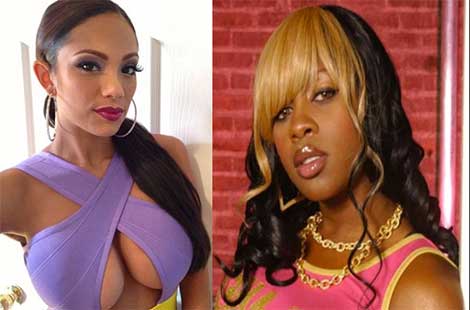 HSK Exclusive – If Erica Mena had her way, Remy Ma would be joining the LHHNY cast. But, according to our insider, that’s not the case. HSK has exclusively learned Mena has been contacting the 34-year-old rapper in jail… to try a persuade Remy to join her as an ally on the show.

“All the reports saying that Remy was released from jail yesterday… and that Love and Hip Hop cameras were rolling are not true! Mona shut down filming on New York on July 4th to fly to L.A. to fix the Love & Hip Hop L.A. show.

Remy will stay incarcerated pending a response to the incident report.”

The New York State Department of Corrections website currently lists Remy as “In Custody.” No release date has been given.

Sources tell HSK Remy caught the extra time after it was discovered that she took part in a three-way jailhouse phone call on July 21, 2014… to take part in a Power 105.1 radio interview. Don’t believe me.. Ask Papoose. It’s an incident that violates inmate protocol.