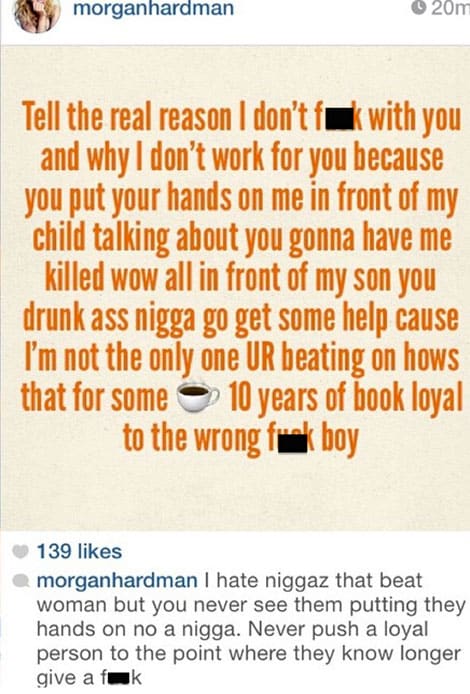 Ray J’s personal assistant, friend for many years and co-star of Love & Hip Hop Hollywood, Morgan Hardman, is accusing him of physical abuse.

“On the last episode of Love and Hip Hop Hollywood Ray J gave Morgan an ultimatum an threatened to cut her off.

I think its safe to say that Ray and Morgan are done professionally.

Yesterday Morgan posted a cryptic message on Instagram accusing her ‘former boss’ of putting his hands on her.”