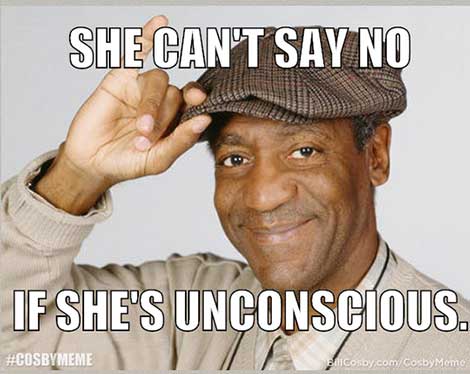 From One Rapist to Another!

If anyone can relate to where Bill Cosby currently stands, Ceelo Green likely can. That’s probably why the onetime judge for ‘The Voice’ is lending his support to Cosby — who’s remained silent over the string of rape allegations made against him.

In a recent statement, Ceelo called for the facts. “The facts have to speak the loudest,” Green said. “It doesn’t seem fair anyway you slice it.”

“He hadn’t said anything, which is also, to some, an admission of guilt as well. It doesn’t seem fair anyway you slice it.

I’m saying that can be the perception and it is the perception of many simply because he hadn’t made a formal statement defending himself. But you can’t defend yourself in that capacity. You just have to let facts be facts and so on and so forth. The facts have to speak the loudest. With that being said, none of it seems fair.

And of course to any victim in that situation, it’s highly unfair. Extremely unfair. It’s not for me to really judge it. I definitely can’t judge it but it’s just unfortunate because he’s so beloved to so many people.”