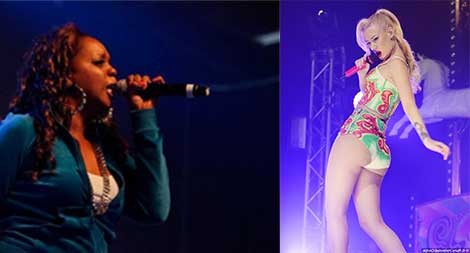 The Newark, New Jersey rapper, Rah Digga revealed that Iggy Azalea is an artist she can’t get into and doesn’t consider Hip Hop. While addressing Iggy, Rah Digga even referenced an Australian female rapper by the name of Chelsea Jane who does rap in an Australian accent.

“Iggy Azalea, it’s like I can’t get into her. It’s just not real to me. There is a white girl from Australia that spits in an Australian accent, and her name is Chelsea Jane. That I can get into.

Teach me Australian Hip Hop culture. Don’t come to America and try to convince me that you’re Gangsta Boo.

Personally, I don’t consider her Hip Hop. I listen to her album. Everything that I hear on there is everything but that. And I feel like Hip Hop is Hip Hop.”