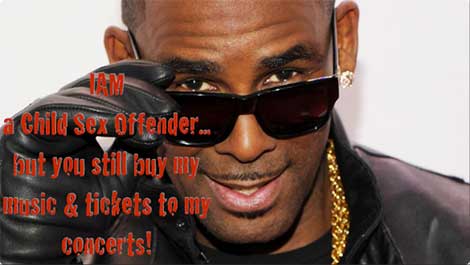 Members from R Kelly’s circle aren’t only looking at Mr. ‘Black Panties’ from the side eye.. they’ve aired out the Chi-Town singer’s latest alleged ‘sexual harassment’ settlement… to the tune $100K.

Sources say this latest accusation against Robert ‘R’ Kelly was in 2010.. “by a 36-year-old housekeeper, but he settled the case out of court for $100,000 to avoid litigation.”

“The woman worked for Kelly for about a year, beginning in 2008 when the “Bump n’ Grind” singer did just that: talked dirty and groped his employee.

A source close to Kelly further told us that there’s been discord in the singer’s inner circle lately, and further secrets about him are “starting to float to the surface about the millions he paid out over the years to a wide variety of women.”