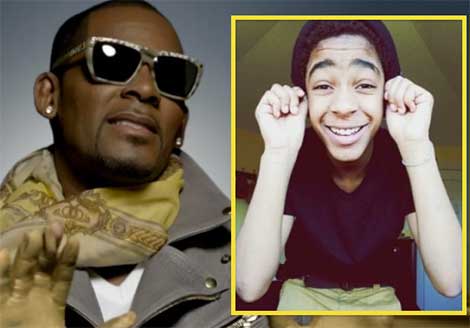 R. Kelly may have something to say about his 14-year-old daughter’s recent transgender announcement… but that doesn’t mean Jaya Kelly — whose now known as ‘Jay’ — has much to say about R. Kelly!

“My dad has not reached out.”

Earlier this month Jaya, the youngest of the singer’s three children with Andrea Kelly revealed that his singer dad has yet to speak to him since the revelation.

“I believe I am a boy and want surgery, and the medication to help me be who I was supposed to be.”

Here’s what R Kelly had to say about it: