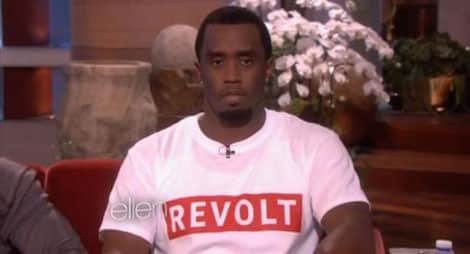 “My channel wouldn’t be right for all advertisers.” ~Sean Combs

HSK Exclusive – Puffy seems to be intentionally sabotaging his planned cable music network. That’s because not only has Bad Boy Combs reportedly spent his entire “Revolt” budget, he’s also said to be pushing advertisers away!

This news comes several months after Puffy announced he was set to kick-off his cable music network “Revolt”. You may recall the planned 12/12/12 launch date didn’t happen, after we first told you Combs was being blamed for failing to pay his Glendale Revolt staff. That’s before the Bad Boy’s recent apparent attack on potential advertisers for his network, at Cannes.

Here’s what Puffy had to say at Cannes International Advertising Festival:

“I hate watching commercials. My channel wouldn’t be right for all advertisers. It would be almost not right to get in a partnership with somebody when we know we can’t deliver the audience. The message isn’t going to resonate with our audience.”

Is Puffy’s cable music network “Revolt” doomed for failure? I don’t know, but I’d like to know what you think.