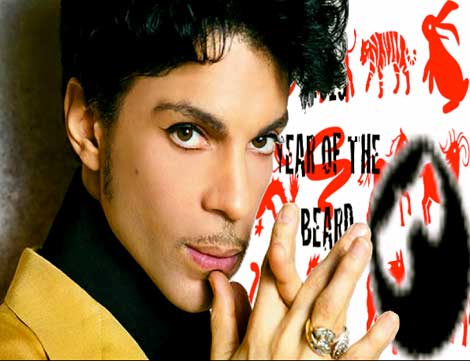 “God came to earth and saw people sticking it wherever and doing it with whatever, and he just cleared it all out.” ~Prince, on Sodom & Gomorrah

HSK Exclusive – In his latest released track, Prince says “even Ray Charles” could see those Bearded Ladies! That could be why dude is Purple-rainin’ on their parade.

You’ll recall back in 2008, Prince made a firm stance against same-sex marriage.

From a New Yorker piece at the time: “When asked about his perspective on social issues—gay marriage, abortion—Prince tapped his Bible and said, ‘God came to earth and saw people sticking it wherever and doing it with whatever, and he just cleared it all out. He was, like, ‘Enough.’”

Now, the 3rdEye one has taken up callin’ ’em out in “Da Bourgeoisie.” Know why? Because many industry insiders agree Hollywood has turned 2013 to the Year Of The Beard!

Check out some of Prince’s lyrics from the track:

Last time I checked, you said you left the dirty world
Well it appears that wasn’t the case
Hey, I see you undercover like the CIA
Snatching little wigs from another bouquet – that’s French
I guess a man’s only good for a rainy day
Maybe you’re just another bearded lady at the cabaret