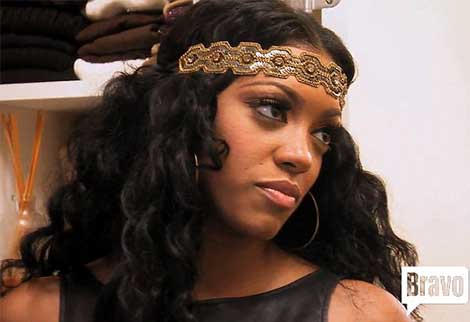 HSK Exclusive – The Bravo network is not giving Real Housewives of Atlanta cast member, Porsha Williams, her own reality show.

An insider is saying Porsha was embarrassed last month when Andy Cohen announced her demotion on RHOA. So, Williams decided to contact the press herself and leak a false rumor that she was getting her own spin off.

“Porsha is trying to do damage control because she’s feels like sh*t. The producers of RHOA know nothing about her imaginary spin off show.”