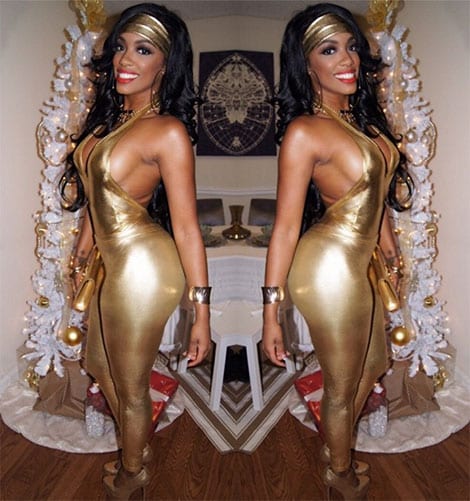 HSK Exclusive – Porsha Williams is being exposed as nothing more than one of those Instagram heaux.

That’s what a tipster tells us … revealing the RHOA personality relies on the social media platform “to pull rich foreign men for a come up.” Just ask her sister Lauren.

Andy Cohen likely knows exactly what we’re talking about. Know why? When Porsha recently hosted his show “Watch What Happens Live“, she gave up her game! “She was talking about how she has a new dude,” say a source. “She said she’s been talking to him for weeks, and she’s never met him!”

“She’s an instagram THOT. You’ll see her jumping on a plane heading to Dubai in the near future.”