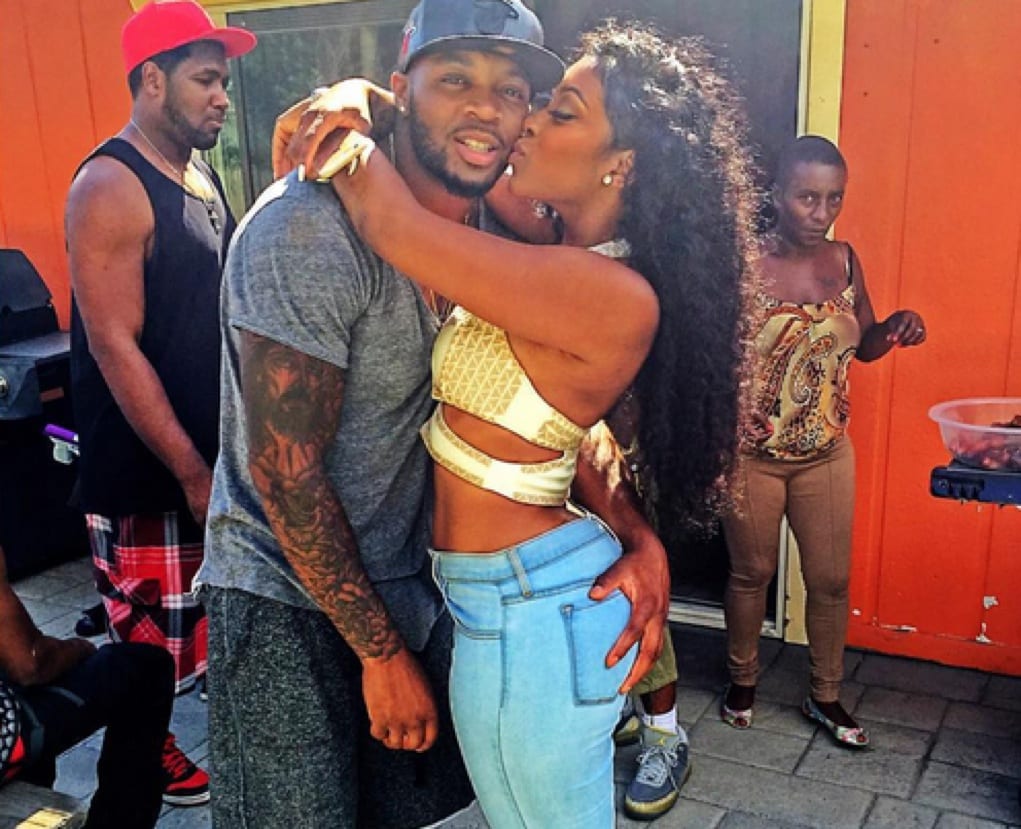 Warning: Trespassers in my DM's will be shot and hung out to dry in public. pic.twitter.com/aPUGkmooat

After getting caught and blasted all over the internet, Duke tried to smooth things over with the Real Housewives of Atlanta star by bringing her to his family’s BBQ over the weekend. That was enough to convince Porsha that Duke is serious about her, because she has posted three pictures of him on her Instagram within the past 24 hours #thirsty.

This isn’t Porsha’s first time spreading it for an NFL player. She was briefly married to retired football player Kordell Stewart, and then she dated Philadelphia Eagles LeSean McCoy before he traded her in for former Love & Hip Hop New York’s Tahiry Jose.

Duke also has a history of dating reality stars. Before he hooked up with Porsha, he was smashing Love & Hip Hop Atlanta’s Erica Dixon. It’s like a merry go round of bodily fluids.