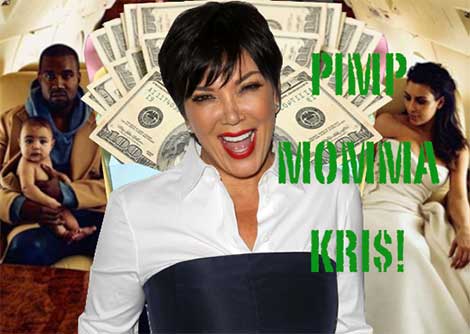 Though Kris has at least one marital union she’s officiated under her belt (Just ask Pastor Brad), she won’t be doing the same for Kim and Kanye. But one thing’s for sure… Kris will be collecting 10-percent of the monetary offerings from Kim and Kanye’s wedding guests, according to our source.

“Kris will be sure to look out for Kathy Hilton’s and Will Smith’s envelopes. She’s not too concerned with envelopes coming from La La Anthony and Blac Chyna.”