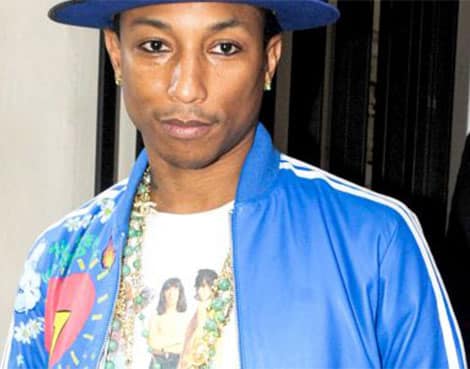 HSK Exclusive – Pharrell Williams is not only sporting eyeliner, the “Happy” singer and his wife Helen Lasichanh are both planning on starting a men’s cosmetic line. Their first product will be guy-liner.

“If the guy-liner sells well. Pharrell and his wife would create a nail polish line for men too.”