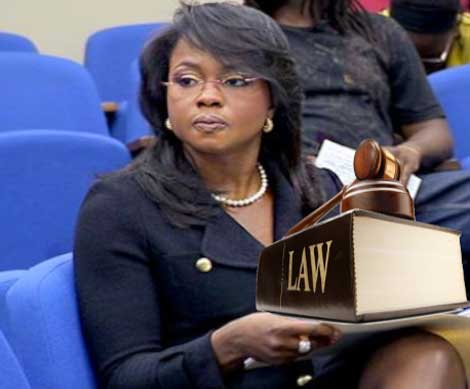 HSK Exclusive – With two sons to raise — and possibly “several years” behind bars — Apollo Nida might want to consider getting a jump start on that probationary court order to actively seek employment. Know why? We’ve learned Phaedra could soon be forced to park her license to practice Georgia Law!!!

“His appearance on RHOA doesn’t count in the eyes of the court!”

According to our source … the decision will be made early next week. Phaedra Parks is expected to stand before The Board of Bar Examiners, Tuesday February 4th, for a meeting to determine her fitness to practice law … possibly leading to her disbarment!

Here’s the oath Phaedra made when she was sworn in as an attorney:

“I, , swear that I will truly and honestly, justly and uprightly conduct myself as a member of this learned profession and in accordance with the Georgia Rules of Professional Conduct, as an attorney and counselor, and that I will support and defend the Constitution of the United States and the Constitution of the State of Georgia. So help me God.”

According to Supreme Court Of Georgia rules … if Phaedra is disbarred, she “may apply for readmission five years after the date of the court order of disbarment.”