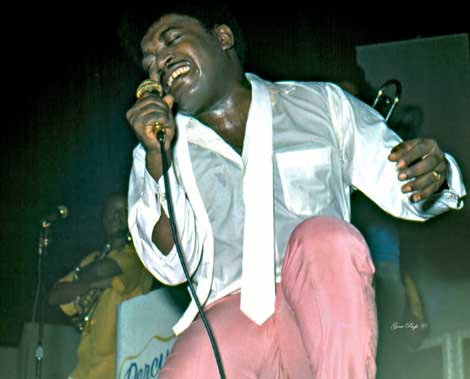 We have some sad news to report. Sources say Percy Sledge, 73, “has pulled out of a U.K. tour after he was diagnosed with liver cancer.”

The Alabama-born Rock and Roll Hall of Famer — behind the classic 1966 hit “When a Man Loves a Woman” — was due to perform as part of producer David Gest’s Legends of Soul tour, was hospitalized before a concert in Stockport, England.

According to Britain’s The Sun newspaper, Gest told the audience:

“Percy won’t be with us tonight, I’m afraid. He’s in hospital with liver cancer. I know we are all going to pray for him.”