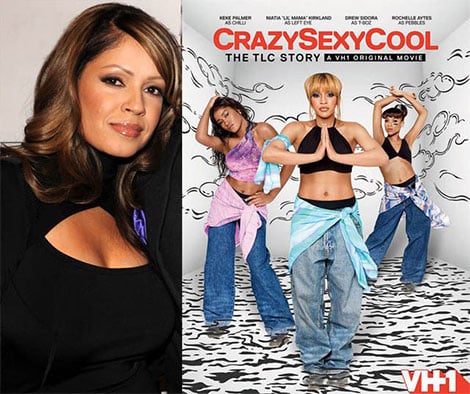 Perri “Pebbles” Reid served subpoenas to T-Boz and Chilli just a few days ago on September 30th. Know why? Because Pebbles included T-Boz and Chilli in her $40 million lawsuit against Viacom for the negative portrayal of her in the TLC biopic which aired on Viacom’s VH1 network.

“Pebbles is also demanding from them — any documents between them and the network regarding scenes or statements in the film that they claimed were inaccurate, the script outline for the film, all documents about scenes involving Pebbles. Specifically scenes where they portrayed her to be manipulating the group out of money, her alleged reaction to T-Boz’s health issues and anything related to the group record contracts.”