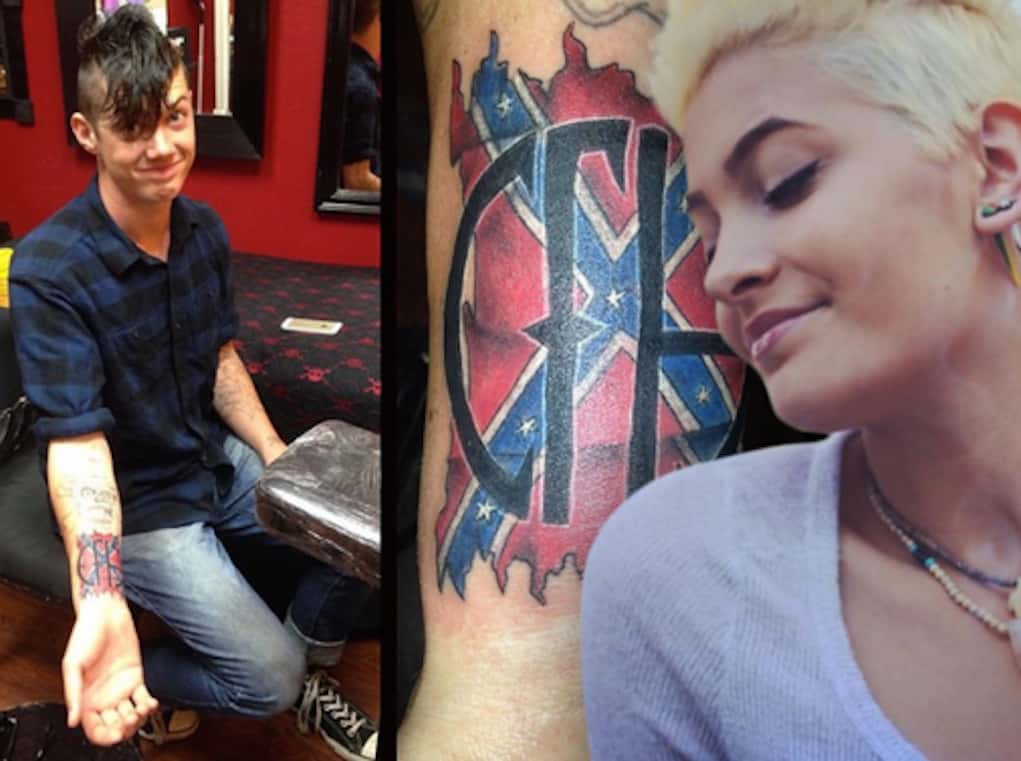 After we provided proof of Michael Snoddy’s love for the Confederate flag, the Jackson family thinks that it’s a sign of his racism towards African Americans.

But Snoddy is trying to smooth things over by saying,”I wouldn’t be dating a black girl if I were a racist,” in an interview with TMZ.

The Jackson family can’t really do much about it in the end, Paris and Snoddy are still together, and he’s still rockin’ his Confederate flag tattoo and t-shirts.

I can hear some of y’all already…”But Paris is white!!!” It doesn’t matter…her family is still black, and you have to side eye anyone who knowingly dates a racist no matter what their skin color is.