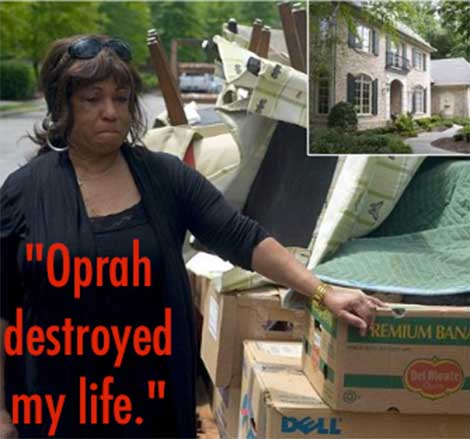 Oprah Winfrey’s estranged 66-year-old stepmother is speaking out after recently being booted out of the marital home she once shared with Vernon Winfrey. According to Barbara Winfrey… “Oprah took part in a ‘conspiracy’ to force her father to divorce Barbara and kick her out of her home or she would cut him off.”

“She’s robbed me of my husband, and now my home.”

“Barbara imposed a three-year sex ban on Vernon, 81, after obtaining a video of him having sex with a crack addicted prostitute in his Nashville barbershop…

She claims Vernon threatened her with a gun.’ I have a gun in my pocket. I will use it,’ she says he told her. He started chasing her around the island in the kitchen. Vernon denied the claim…

Barbara asked for $5 million, to which court papers claim Oprah said ‘Absolutely not. No settlement’ We had good times here,’ says a teary Barbara.‘I remember watching Oprah cook purple hull peas on the stove in the kitchen.'” 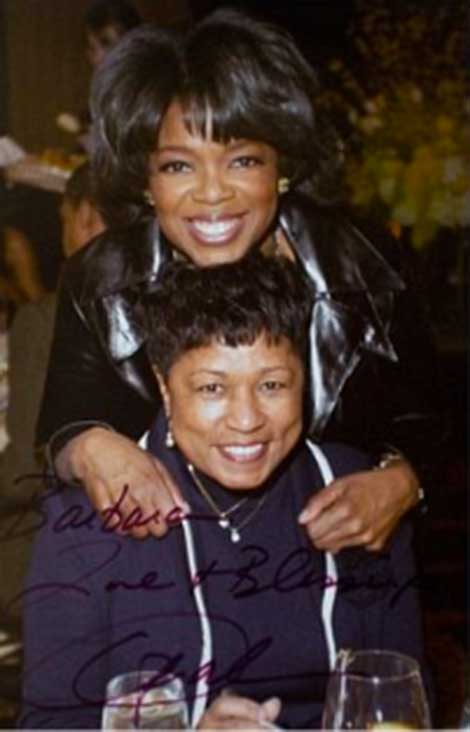