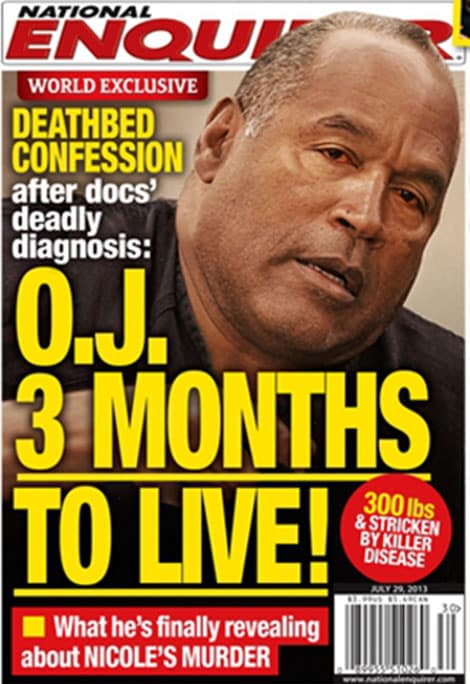 Rumor has it, O.J. Simpson contracted HIV from Jazmena Jameson, who claims to be the former NFL legends jailhouse girlfriend.

Jazmena Jameson is saying, “The Juice” is near death. Know why? Because the transgender claims she might have given O.J. Simpson AIDS.

“The disgraced NFL great is convinced he contracted a deadly blood disease
behind bars. Simpson believes he’s now been given a death sentence he’ll never escape.”

“I feel the end is coming. But i don’t want to die in prison like common scum.”