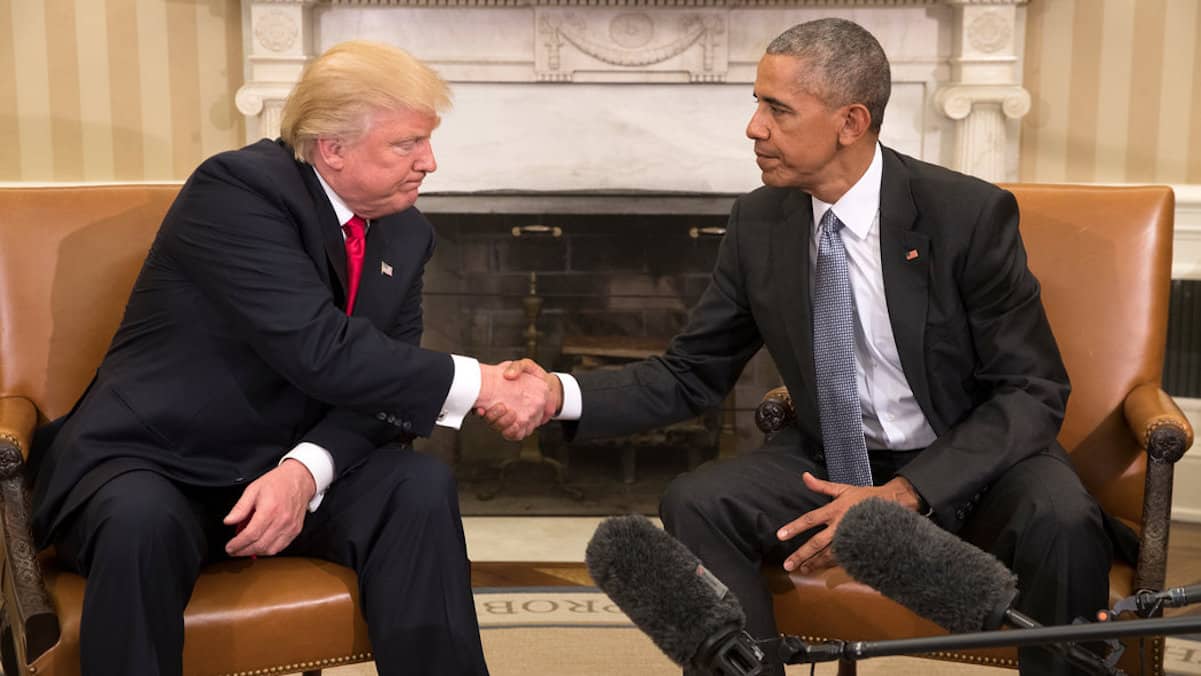 According to PEOPLE magazine, former President Barack Obama had some harsh words for President Donald Trump.

Early last November, Obama called Trump on election night, and Trump reportedly professed how much “respect” and “admiration” he had for him, after years of criticizing him. When Obama got off the phone, he reportedly told two friends that Trump was “nothing but a bullsh–ter.”

Obama’s long-time friend and political strategist David Axelrod also had this to say:

“He’s very respectful of the appropriate role of a former president and that ex-presidents should not be looking over the shoulder of their successors and commenting on every decision. Obviously, this now is a unique set of circumstances, but my sense is that he’s going to try and respect that tradition while reserving the right to speak out in given moments when things rise to that level.”