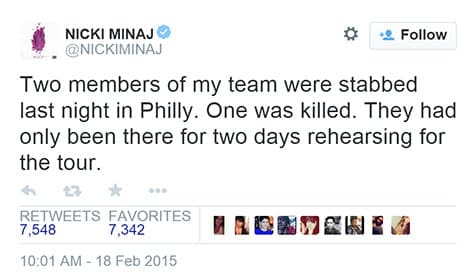 We believe that both of the victims, as well as the perpetrator, were all inside of this bar and that’s when an argument started. The argument spread outside the bar where one of the men pulled out a knife.”