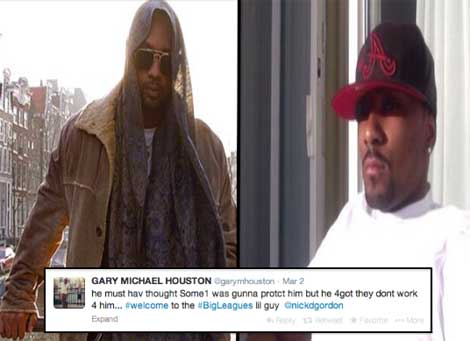 Houston’s got a problem… and Nick Gordon is back at the center of this scandal! Don’t believe me.. Just ask Bobbi Kris’ cousin, Gary Michael Houston. From a recent Twitter exchange between Nick and Gary, it appears Gary may have delivered Nick with a beat-down. That’s before it seems to have been Nick who took the beef to Twitter…

Bobbi Kristina has remained silent on social media for several days now, but her last Feb. 26th tweet reveals she was in a celebratory mood that day because of a family get together. That could be the situation that led to Nick and Gary’s beef.

“What happens when you bring strays home… N*gga check my pedigree…My name REALLY IS HOUSTON.” 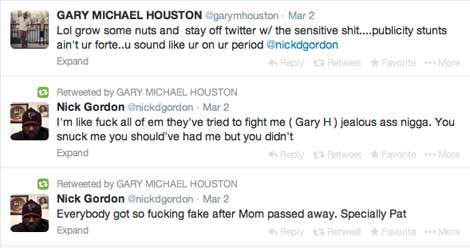 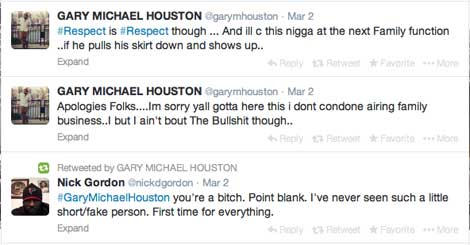 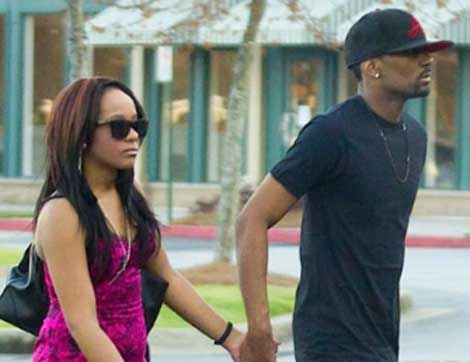