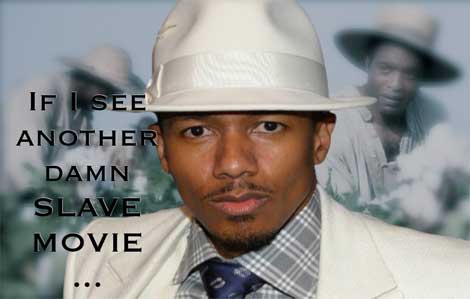 Within about a year’s time span, FOUR box office Slave Movies [Lincoln, Django, The Butler and 12 Years a Slave] have hit the silver screen … with a FIFTH reportedly in the making.

It’s a situation which has led Hollywood to make slaves out of its leading Black actors … all while the N-Word is being thrown around like a common greeting. That’s why there’s no question why Nick Cannon couldn’t hold it in any longer.

An insider tells HSK once Nick learned of The History Channel’s plans to to remake Alex Haley’s Roots … “the sh*t hit the fan.” 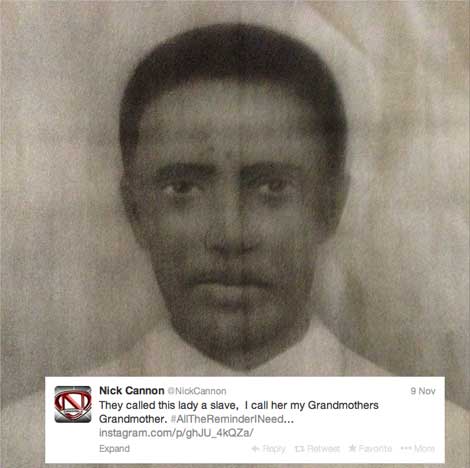 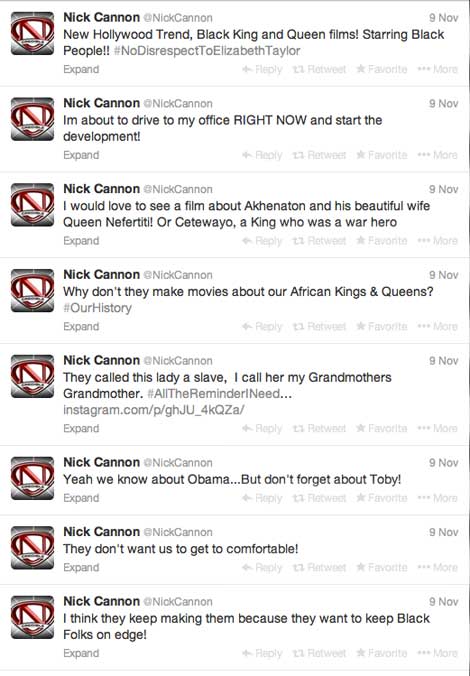