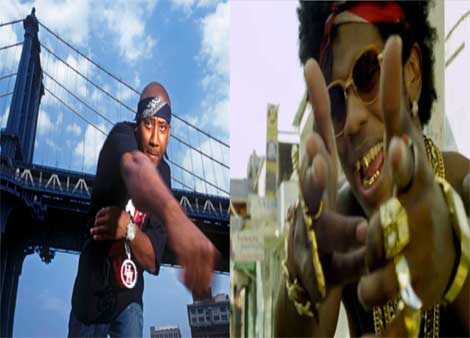 Trinidad James has set off a Hip Hop beef with east coast MC’s. Don’t believe me.. Just ask Maino, who fired back at TJ and sparked a social media showdown. 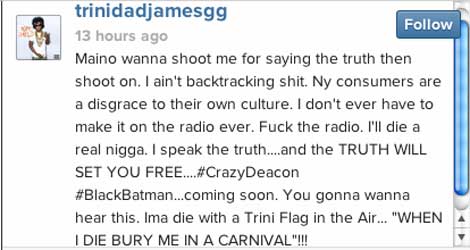 It all began Tuesday night, at Brooklyn’s Converse’s Rubber Tracks studios. That’s where Trinidad James paused from performing to give shout outs to some New York rappers who once ruled the airwaves. But, Mr. All Gold Everything quickly lost his BK audience. Know why? Because dude went on to say, “what happened, dog … every n*gga that’s really poppin’ out of New York, you might as well tell they from Atlanta.”

Here’s what Trinidad James announced after the show:

“I said a lot tonight in NY and people are prolly gonna take the negative and run with it but my main purpose in life only is to take care of my mama and keep my shoe game on “30 million” . Other than that if I can inspire a young person to be the best person they wanna be along the way….then cool. Nothing else matters.” 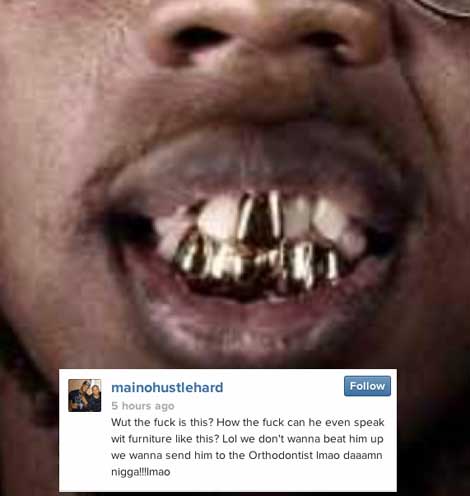 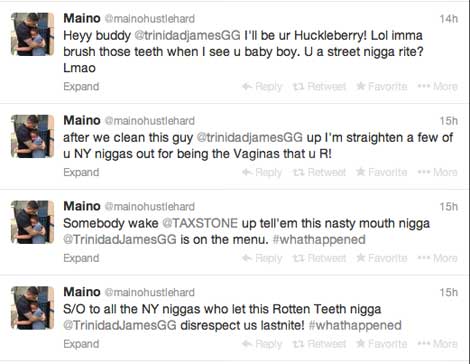 And TJ Tweeted right back: 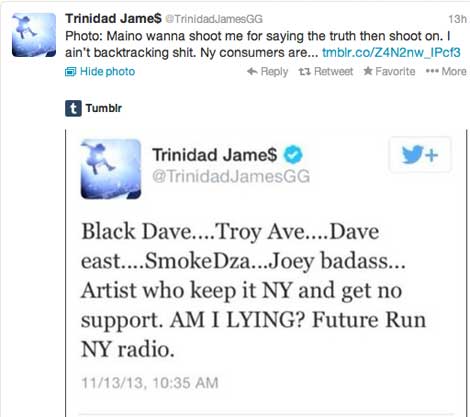 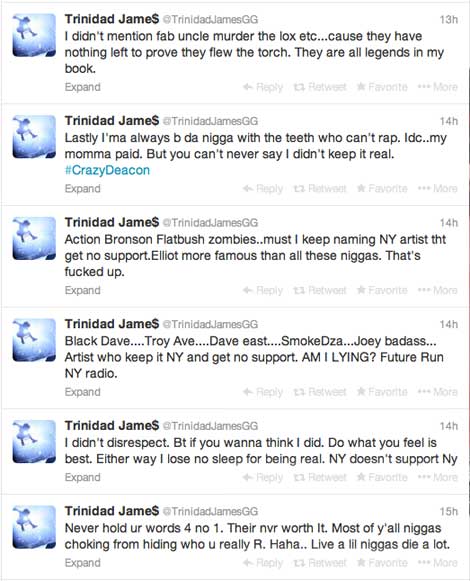