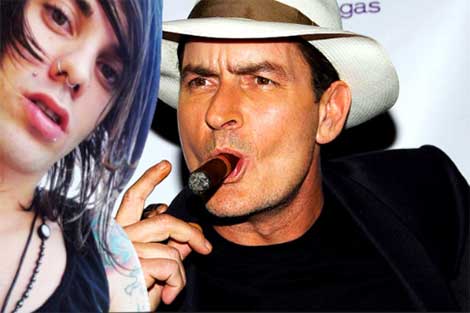 HSK Exclusive – Word from the streets points to Nicholas Chiasson (from the Dance Music crew ‘We Are The Apocalypse’) as Charlie Sheen’s ex D-boy. But we’re told dope ain’t the only thing the actor alleged served Sheen up with.

“There’s a bunch of girls Charlie supposedly gave herpes to. It’s f*cked up ’cause I’m hearing he gave Brett Rossi HIV… which is rumored to be why they stay together.”