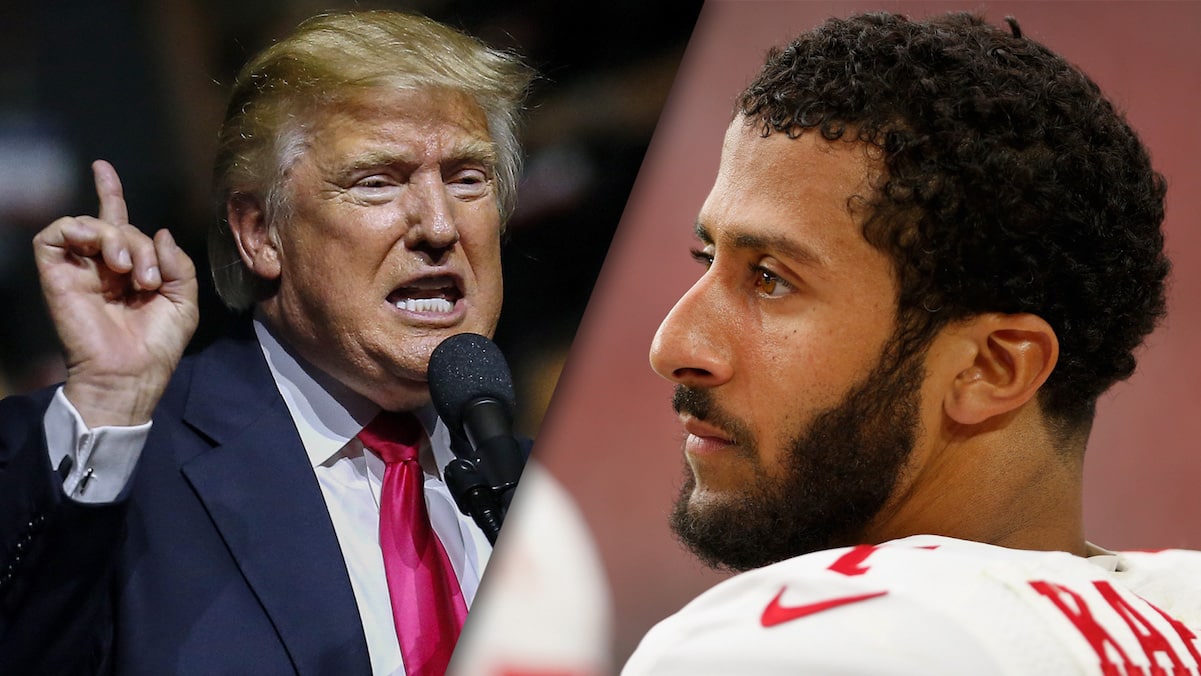 During a Huntsville, Alabama political rally for Republican senator Luther Strange, Donald Trump decided it was a good time to voice his opinion on NFL players who kneel during the national anthem.

“Wouldn’t you love to see one of these NFL owners, when somebody disrespects our flag, to say, ‘Get that son of a b*tch off the field right now. Out! He’s fired. He’s fired!’ You know, some owner is going to do that. He’s going to say, ‘That guy that disrespects our flag, he’s fired.’ And that owner, they don’t know it [but] they’ll be the most popular person in this country.” – Donald Trump

Trump wishes NFL owners would tell anthem protesters "get that son of a bitch off the field right now" pic.twitter.com/gq4EH3lNoY

Trump also called for fans to boycott the NFL if the anthem protests continued. That’s when the NFL Commissioner, Roger Goodell, finally chimed in and other players threw in their own two cents:

The behavior of the President is unacceptable and needs to be addressed. If you do not Condemn this divisive Rhetoric you are Condoning it!!

It's a shame and disgrace when you have the President of the US calling citizens of the country sons of a bitches.

I can’t take anything our Celebrity in Chief says seriously. He’s a real life clown/troll ?

#Kaepernick we riding with you bro ✊?

When will people learn that fear won’t make someone sit down. It quite possibly will make more stand up for what they believe in.