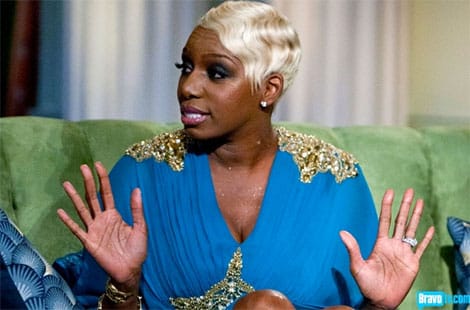 NeNe Leakes is getting ready to step down and quit her role on the reality show, Real Housewives of Atlanta. Know why? Because NeNe thinks RHOA is no longer classy and that her new cast members are too ratchet.

“I’m embarrassed about a lot of things that happened. In the beginning when it started, I was having fun. I would have to say now I am not having as much fun.

I feel like there are girls that come on the show because they are thirsty… and they are willing to do anything to be on television.I feel like anybody, whether you’re a good person or not, if somebody pushes you up against the wall, you do have a breaking point.

I think our show, in the beginning if you will, it was more about reading and being shady and no physical fighting. I think as of late, it has become very nasty, because I feel like the networks have to compete with one another. There are some shows that are physically fighting, drinking, and I think they have to now compete.”