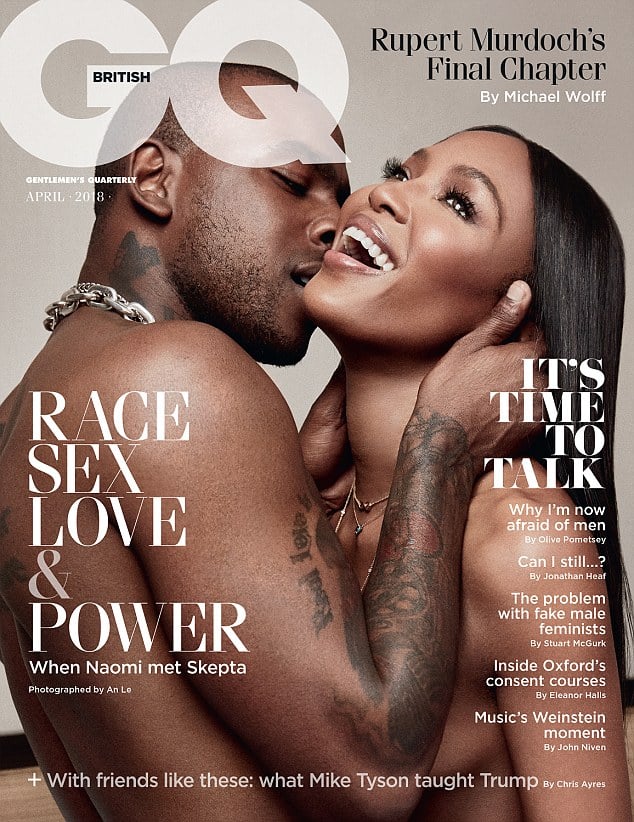 Naomi Campbell is officially claiming her new boo, 35-year-old rapper Skepta, by posing with him on the cover of GQ magazine.

The 47-year old shared a photo of the cover on her Instagram. Oh yeah, and she’s completely topless in the pic!

The couple has been dating since late 2017.

Is this a good look for Naomi?