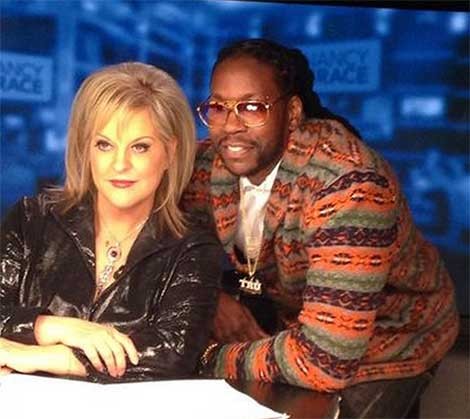 Nancy Grace is calling out the rapper, 2 Chainz, for smoking high priced marijuana out of 24K gold rolling papers and a mammoth orange bowl.

The HLN host added another jab at the rappers parenting skills; also saying that 2 Chainz is, “too educated to purchase an once of marijuana for $800”.

“$800 for an ounce? Really? That alone should be a felony — the 24-carat gold paper is definitely an aggravating circumstance. The caviar of joints? For someone as smart and educated as 2 Chainz, this video is even more ironic. 2 Chainz won’t allow his children to have caffeine: not even a soda. (P.S., I don’t either.) Wait until his children spot this video on the Internet. Explain that, Daddy.”