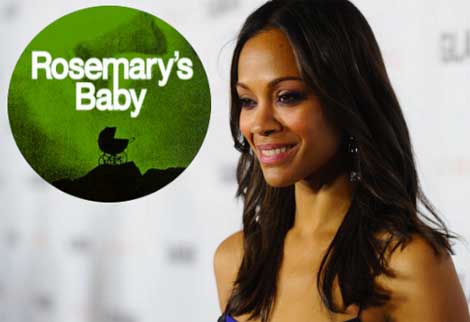 Zoe Salanda is diving into Hollywood’s ‘we’re running out of ideas so we’ll remake a cult classic trend’ … and she’s taking her sisters with her!

“Saldana will be billed as an executive producer, along with her sisters Cisely and Mariel.”

The newly married Mrs. Marco Pergo is about to fill the role of Rosemary Woodhouse [originally played by Mia Farrow], in an NBC miniseries ‘revamp’ of the 1968 Roman Polanski film.

“In the upcoming remake, Saldana will play a young wife and expectant mother who moves to Paris with her husband, and soon suspects that he and the tenants in their building have devious designs on her unborn child.”