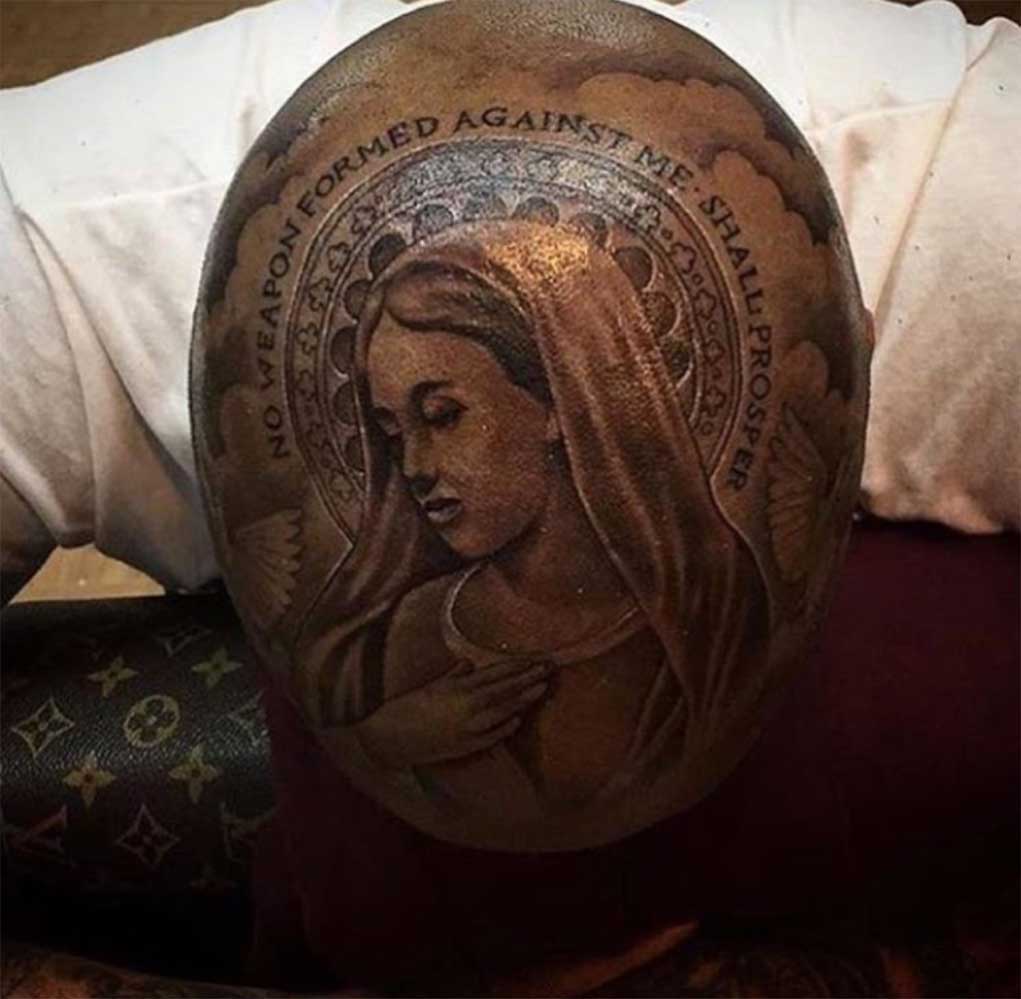 “It’s not his first religion-inclined art, as he has a tattoo of a crucifix square at the middle of his chest.”

HSK Exclusive – Compton, California’s Gangsta rapper YG has more ink on his mind than before … literally. A recent picture posted to social media reveals the 25-year-old west coast emcee has covered his entire head with black ink. Specifically, a tattooed image of the Virgin Mary is the backdrop for a biblical passage from Isaiah 54:17: “No weapon formed against me shall prosper”.

“YG is blaspheming spittin’ negative lyrical content in his songs but he’s runnin’ around with a biblical tattoo on his head looking like a damn idiot.”

“YG has a new album coming out & his new biblical head-top tattoo is a part of his new tuff guy image.”