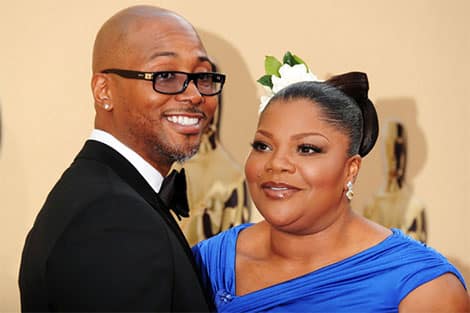 Former BET employee, Sian Pierre, said in a recent interview that, the husband of the actress Mo’Nique, Sidney Hicks, is the reason why the Oscar winner is currently blackballed in Hollywood.

Sian Pierre, who’s also the creator of Swagger New York, went on to say that, Mo’Nique’s husband/manager, Sidney Hicks, was asking film studios for money. So, his client/wife, Mo’Nique, would show up to red carpet events.

“Mo’Nique and her long-time husband/manager, Sidney Hicks, were becoming the talk of the industry because they allegedly asked for money to show up on carpets to support Precious. While she was not contractually obliged to show up to many of these carpets, most nominated actors kissed the ring to sweeten their hopes of a win, if not to continue hype around their nominated movie. But Mo’Nique and Sidney didn’t want to play the game. They wanted to get paid to play the game.”

Here’s a phone conversation Pierre said he had with Hicks:

“Hi, this is Sidney. Who am I speaking with?’ I had no idea who Sidney could be, I had no friends or work associates with the name. Before I could even finish my name, he began screaming and immediately it clicked. ‘ARE YOU THE ONE WHO TRIED TO SHOW MO’NIQUE’S F***** OSCAR DRESS ON TV?! ARE YOU THE PRODUCER?! WHO DO YOU THINK YOU ARE? I WILL GET YOU FIRED WHEN I TALK TO YOUR F**** BOSS.’

I took a breath and responded with something like ‘First of all, Sidney. Don’t scream at me. Tom and I never planned on actually shooting the dress, as the story isn’t about your wife, it’s about the designers who are dressing her.’ After a five minute back and forth, which was part-shouting match part macho ball-grabbing on his part, I was over dealing with Sidney, Mo’Nique’s nasty, mean husband.”