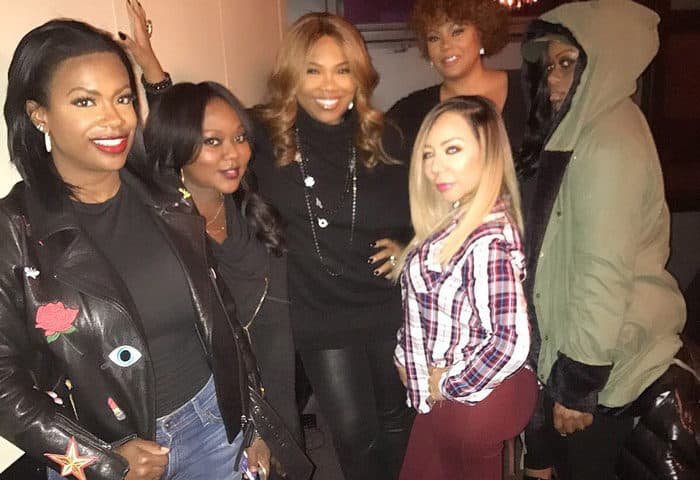 The biopic will tell the story of how Kandi Burruss, Tameka “Tiny” Harris, and siblings LaTocha and Tamika Scott joined forces to make the platinum-selling quartet.

Meanwhile, TV One has announced its rival biopic, which the group has denounced as disappointing and disrespectful. “We are excited to join forces with Mona Scott-Young and Monami Entertainment to bring the real Xscape story to the world,” the group said in a joint statement.

“This partnership will allow us to tell our story about our lives the way we lived it. It’s our truth about the rise, the fall, and the return of Xscape. We feel the recent announcement of an unauthorized biopic on our lives is disrespectful and disappointing. We are not, in any way, participating in that project and it will never ‘represent’ our true story.”

Scott-Young explained her enthusiasm for the authorized project by highlighting the quartet’s influence. “Xscape has had a huge impact on music and are one of the most successful female groups of all time,” she said. “Monami Entertainment is honored to be charged with bringing the authorized Xscape story to the world.”

Some of the ladies have spoken about going out on tour together, however nothing official has been announced at this time. They are currently scheduled to return to the stage for a performance at the 2017 Essence Music Festival in New Orleans on July 2.

We know you’ll be watching both….even if they are ???!