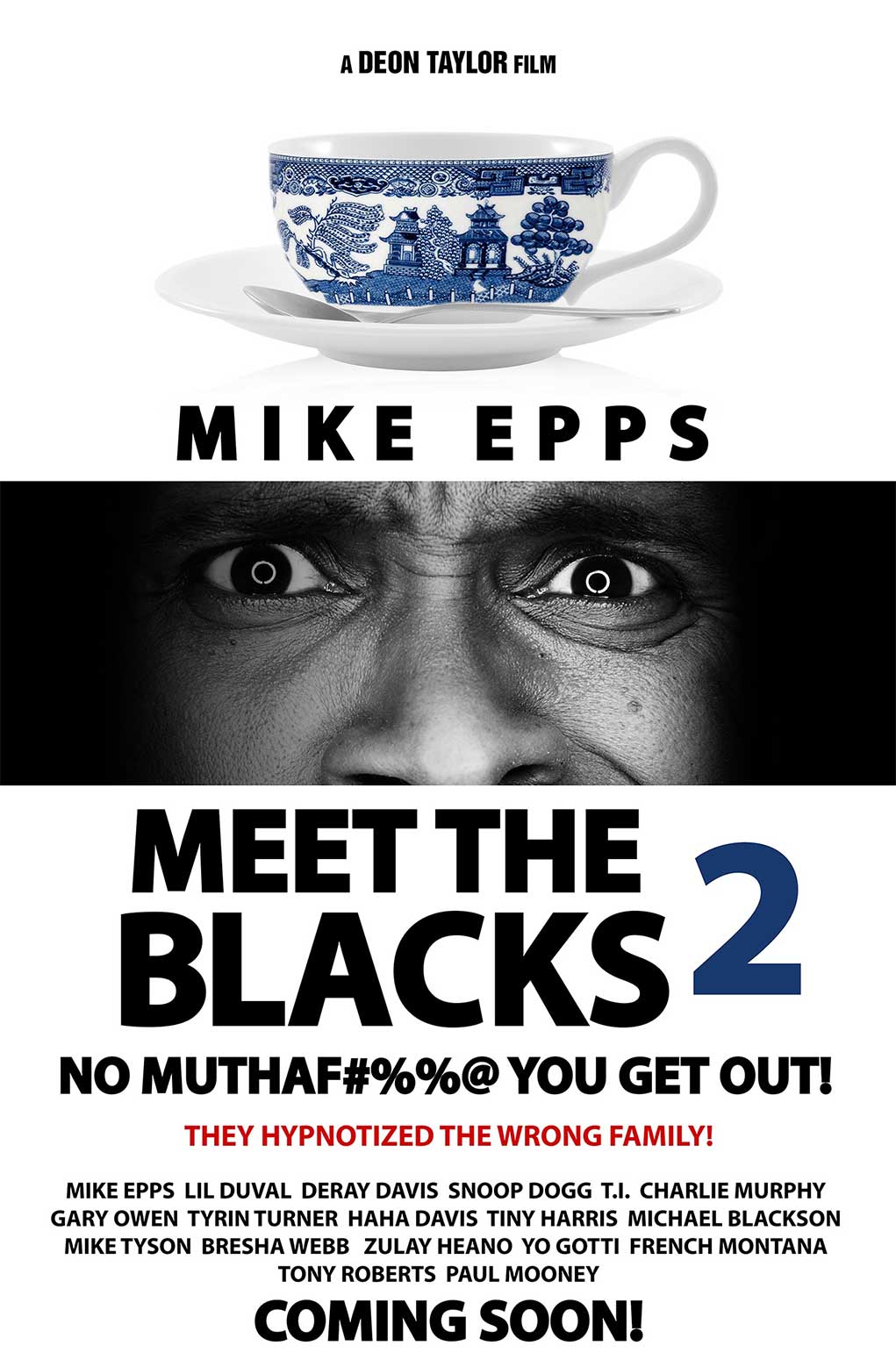 HSK Exclusive – A sequel to the politically incorrect Mike Epps film, Meet the Blacks, is expected to parody the recent smash hit Blumhouse film, directed by Jordan Peele, “Get Out”. That’s according to the artwork, which HSK was exclusively able to get a hold of…

For those who are not hip, the Get Out plot goes like this;

“Now that Chris and his girlfriend, Rose, have reached the meet-the-parents milestone of dating, she invites him for a weekend getaway upstate with Missy and Dean. At first, Chris reads the family’s overly accommodating behavior as nervous attempts to deal with their daughter’s interracial relationship, but as the weekend progresses, a series of increasingly disturbing discoveries lead him to a truth that he never could have imagined.”