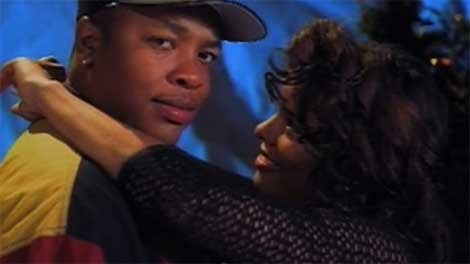 If Dr Dre isn’t experiencing feelings of guilt over the time Michel’le says he could have killed her, Mr. Aftermath could now be dealing with some deep regrets. Know why? According to an insider, the “No More Lies” singer dropped the bomb because Dre filed to pay!

Just in case you’re not yet hip, the set of shocking, freshly-spilled details recall a reported time when Michel’le was left to dodge bullets! Sources say… shortly before Michel’le began to sing she made an attempt to collect hush hush money from Dre. “When he turned her down,” explains the source. “She started to do interviews to ruin his name.

Peep the drop Michel’le poured out on Dre:

“After a night of partying with Dre, we got into a fight that became so heated, he went for his gun. I dodged the bullet by just inches after running into the bathroom. I knew his intentions were not to simply scare me with the gunshot, but to hit me. I chose to leave the bullet lodged in the bathroom wall for a while just so he could see what he had done. It was the only time he pulled a gun on me, but that the beatings were intense and it took a while for me to realize that there had to be something better for me out there.”