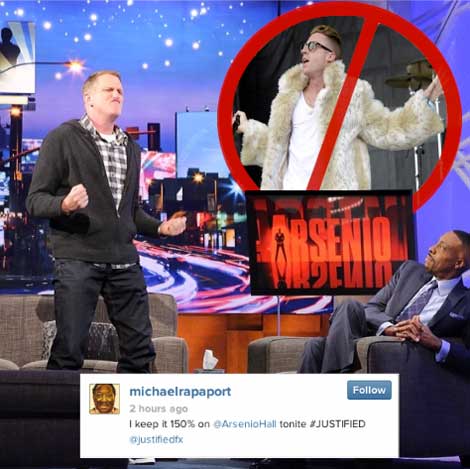 “I don’t think his music should even be considered Hip Hop.. just because it rhymes doesn’t make it rap music.”

WORD UP! While most Black rappers have proven themselves afraid to take a stance against Macklemore winning ‘Best Rap Album’ Grammy, Michael Rapaport has been blasting the rap-fraud from the jump.

That’s what led Arsenio Hall to give the actor the stage to speak the truth. It all went down last night.. when Rapaport broke Macklemore’s music down to the last molecule of dude being far from being any rapper. It’s a truth-telling session that sparked Arsenio to take to twitter and praise.

Here’s what Michael Rapaport had to say:

“I feel like Twitter, in that form, got the best of me because I don’t have anything.. I think he makes good music. But for me..I grew up in New York City at a time when Hip Hop was evolving day-to-day. And I happened to be around it, and I was exposed to it in New York City. And my father worked at a radio station and he won a promotional copy of Sugar Hill Gang ‘Rapper’s Delight’.. and that was the end of it. I don’t have no agenda except for I just love the culture and I don’t want what happened to Jazz happen.. where the only person you know about is Kenny G. Do disrespect to Kenny G, but it can happen.” 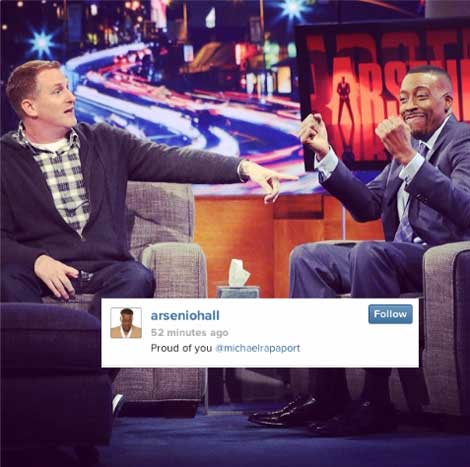