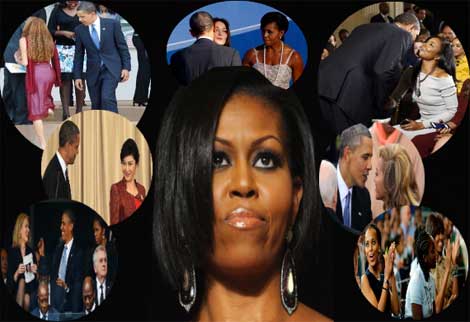 “Michelle is definitely out for blood, but Barack will be the one who feels the full force of her fury!”

President Obama could soon face the wrath of his First Lady. Recent reports reveal.. Michelle Obama isn’t only set to file for divorce from Barack “as soon as his term is over” — she’s “going to use a poison-pen memoir of her White House years to get revenge on him.” In the meantime, word is the Obamas “now sleep in separate bedrooms.”

“Michelle feels she’s been made a laughingstock on the world stage … [she] has suffered in silence, while Barack ignored her to live it up surrounded by adoring beauties.” 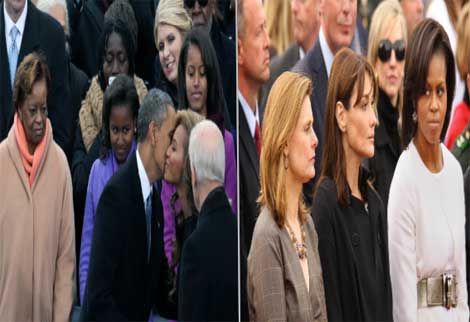 This news comes two days after France’s Pascal Rostain dropped word The Washington Post was set to run a piece surrounding Barack and Beyonce’s alleged affair. This latest information could be the reason why that didn’t happened, with some suspecting Michelle may have stopped the press so she could tell her story — allegedly involving a slew of women other than Bey — and possibly make a fortune in the process. There’s said to be $15 million up for the First Lady’s taking, in exchange for her memoirs.

“Barack asked Michelle to not start writing her book until AFTER his sec¬ond term ends.”

Here’s what an anonymous source told The National Enquirer:

“The book will be based on her diaries and tell the world about Barack’s flirting, drinking and hanging out with fawning women. Mi¬chelle doesn’t want to come away as Hillary Clinton, who stood by her man Bill when he cheat¬ed like a dog, but as a strong woman.

Michelle knows this book will create tremendous problems for Barack. But she feels that after what he’s put her through, he deserves it.

Michelle learned that Barack was caught with a woman in an incident that, in the words of one mole, was ‘hushed up. Besides that, a Secret Service agent also saw the president ‘in a compromising posi¬tion’ with another woman while Michelle was out of town.

She’s so furious that ending the marriage isn’t enough. In her memoir, she plans to write about the many times Barack humiliated her by throwing him¬self at other women while she was just a few feet away – and she’s going to name names!” 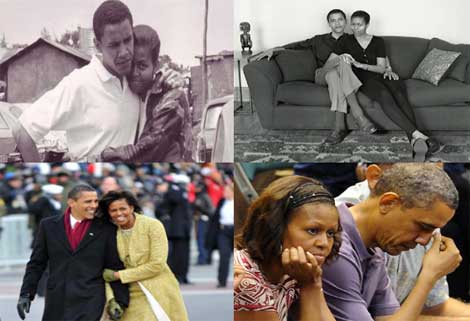 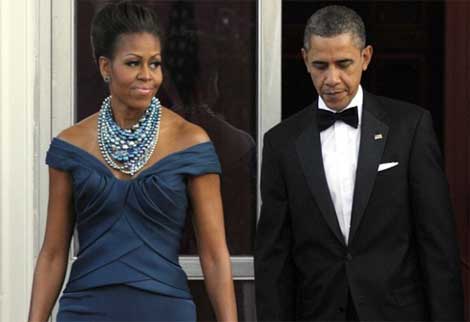