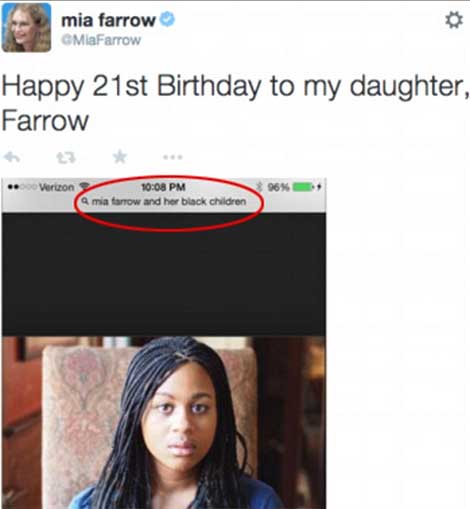 Mia Farrow is being clowned on social media after posting a birthday message to her 21 year old African American daughter Quincy. Know why? Because Farrow posted a picture of her daughter Quincy and herself beneath the photo read the search term ‘Mia Farrow and her black children.’

Farrow’s team quickly replaced the photo and The Rosemary’s Baby actress had this to say:

“I took the photo myself and it was sent to me along with an unfortunate search term.”

Here’s what a critic of the 69 year old actress had to say:

“You’d think Mia Farrow would have a photo of her daughter without having to Goggle it…with such an awkward search.”