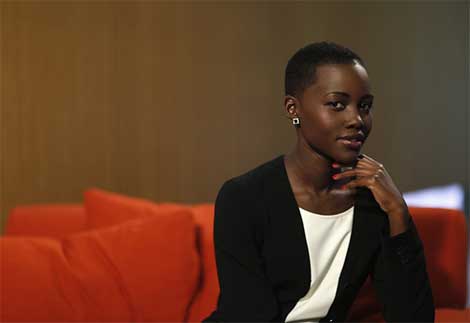 Last Week Kenya Moore blasted Lupita Nyong’o for refusing to take a photo with her at a Golden Globes after-party.

Now, Lupita is firing back by saying she doesn’t even know who the Real Housewives of Atlanta cast member is.

“Lupita was walking a press line at an event recently, and was asked about the photo-snub by a reporter. The actress responded by saying, ‘Who’s Kenya Moore?'”