Beef between Meek Mill and Wale has picked up again.  The Philly rapper took exception when his DMV counterpart put him on blast on the Breakfast Club.

Meek took a serious L when he went up against Drake, and this is widely accepted as common knowledge, but Milly doesn’t want people in his crew to talk about it.

While on the Breakfast Club, Wale addressed the Drake-Mill beef and didn’t mince words about his fellow MMG rapper getting murdered by Drizzy, ““I honest think he brought a pencil to a gunfight.  He didn’t bring a knife or nuthin – a pencil…a piece of paper tryna paper cut him to death.”

Earlier this morning, on #TheBreakfastClub.. #Wale discussed why #MeekMilk won't answer his calls, also that Meek brought a "pencil to a gunfight" in regards to the #MeekvsDrake beef. ??? #Wale #MeekMill #TheBreakfastClub #freddyo

Then speaking to Rap Radar, Wale continued to praise Drake while hinting that Meek should know his place.

“That was the most respectful dis record.  He didn’t say ‘F you.’ He didn’t say, ‘You a b word.’ He was using his [Drake’s] success vs. his [Meek’s] success and being real kinda funny. Let alone blood shed. There was no fights over this. When that happened, I was like Meek ain’t gonna be trippin’ like that.”

“You can’t f— with Drake on certain levels, no matter what.”

After hearing this Meek took to Instagram to fire back at Wale.

“U not MMG NOMORE! This why u can’t get my number you a h*e!  And u dead cracked right now @Wale foh nuttttt!

“I wasn’t even mad at you Fam u got some real issues with yaself and you jealous! Broke rapper!”

Quite hilariously, Mill mentions that he’s done taking to the internet to clap at rappers, all while posting on the internet, “I’m off this internet!”  You’d think he learned his lesson the last time around. 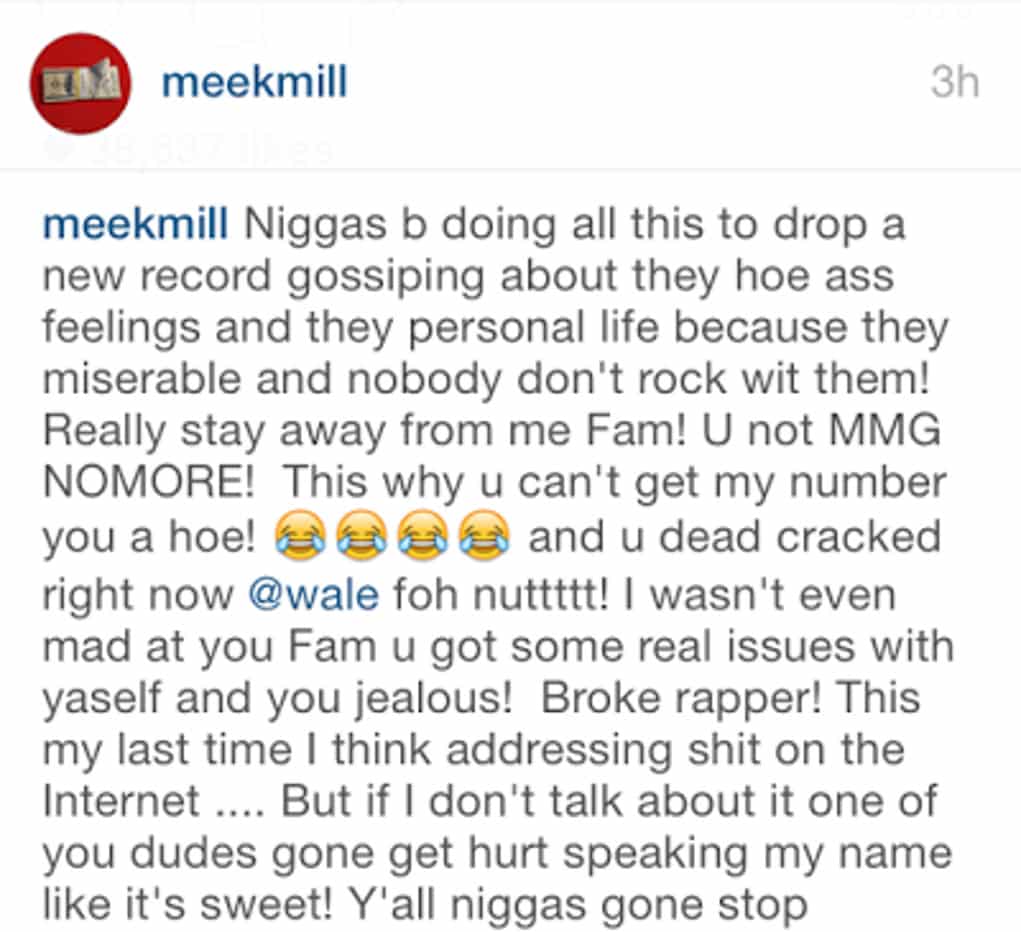 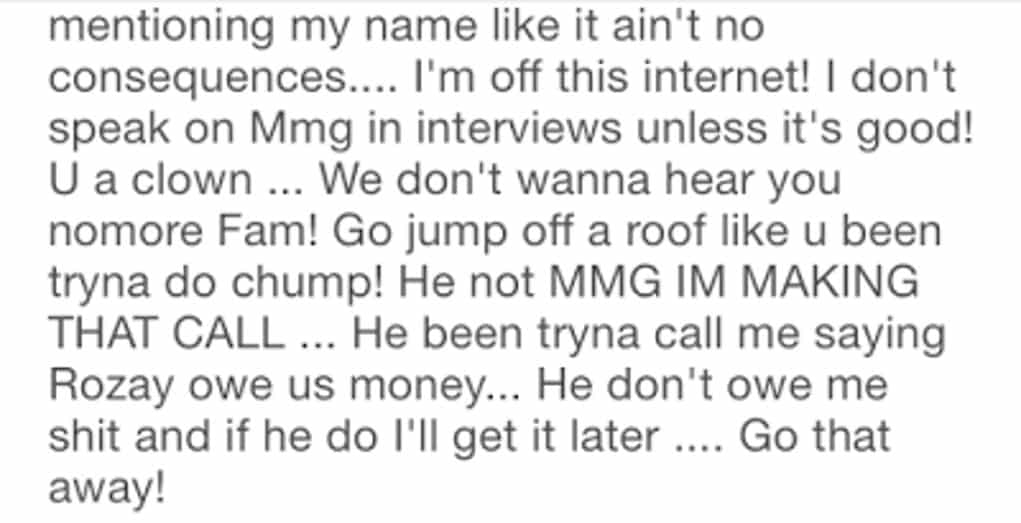