Real Housewives of Atlanta’s Kenya Moore and her on-again off-again boyfriend Matt Jordan have broken up once again, and their recent battle is playing out on social media for the rest of us to watch and laugh.

So apparently the RHOA cast was flying out to North Carolina for Peter Thomas’ new club opening. Matt says he was invited to go, and was rushing to the airport to catch his flight.

Once he arrived to the airport, he found out that Kenya had cancelled his ticket without telling him LOL! Wait a minute…why is Kenya out here buying plane tickets for a man???! Why can’t he buy his own damn ticket? SMH. But wait…it gets worse (or better? You decide.)

Matt filmed himself in his car going off on Kenya and telling his followers “this is the reason why” he bashes her online, and he’s “tired of this sh*t.”

#PressPlay Looks like #KenyaMoore and her on and off again boo #MattJordan are back at it again!

In the caption, he even said he wasted his gas driving to the airport, and once Kenya found out about his post, she reimbursed him $20 for the gas. You know his broke azz accepted that money too! 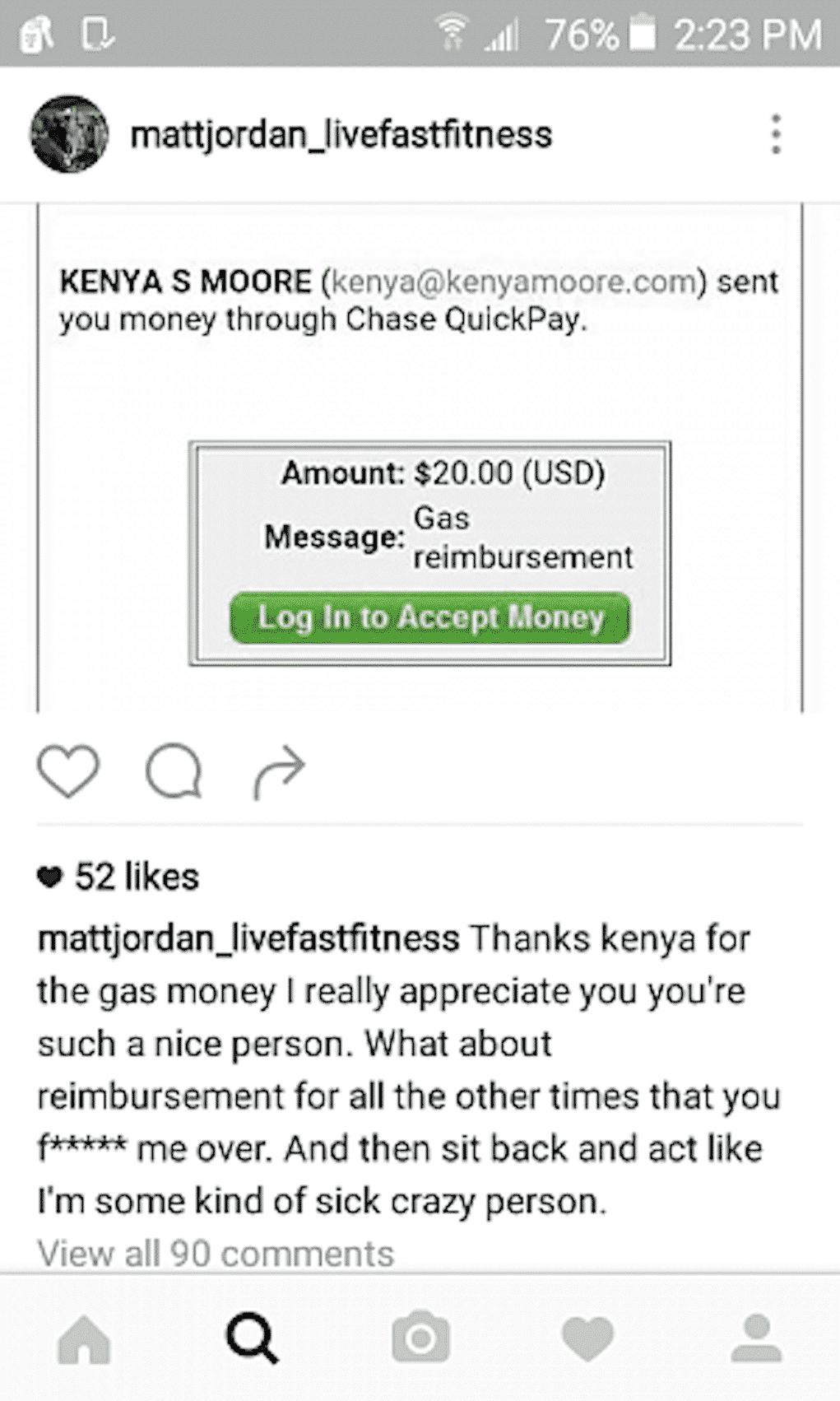 But of course, that wasn’t enough for Matt. Sounds like Kenya has some craziness on her hands. How does she always get involved in situations like this?

While Matt was huffing, puffing and b*tching about being left in Atlanta while the REAL cast members were in North Carolina filming and having fun, Kenya remained unbothered.

I get paid to share my life on TV. But when I care about someone, I protect them even when I may need protection from them. I'm not going to fight on social media. That's what kids do. Love me or hate me, I don't care if I'm 100 and single I'll never settle for any man just to say I have one. Ladies: A man can make you a wife, or woman now for that matter, but a man can never validate you. #9proposalsandcounting #neverbeendesperate #neverpaidaman #mydaddylovesme #judgenotleatyebejudged #dontjusdgeunlessuknowallthefacts #whosdoingthetalking #whopoststhendeletes #whocrieswolf #youcantbeavictimandahero #whoisdoingdamagetowhom #KenyaMoore #rhoa #realtalk #teamtwirl

How much longer until she gets a restraining order?