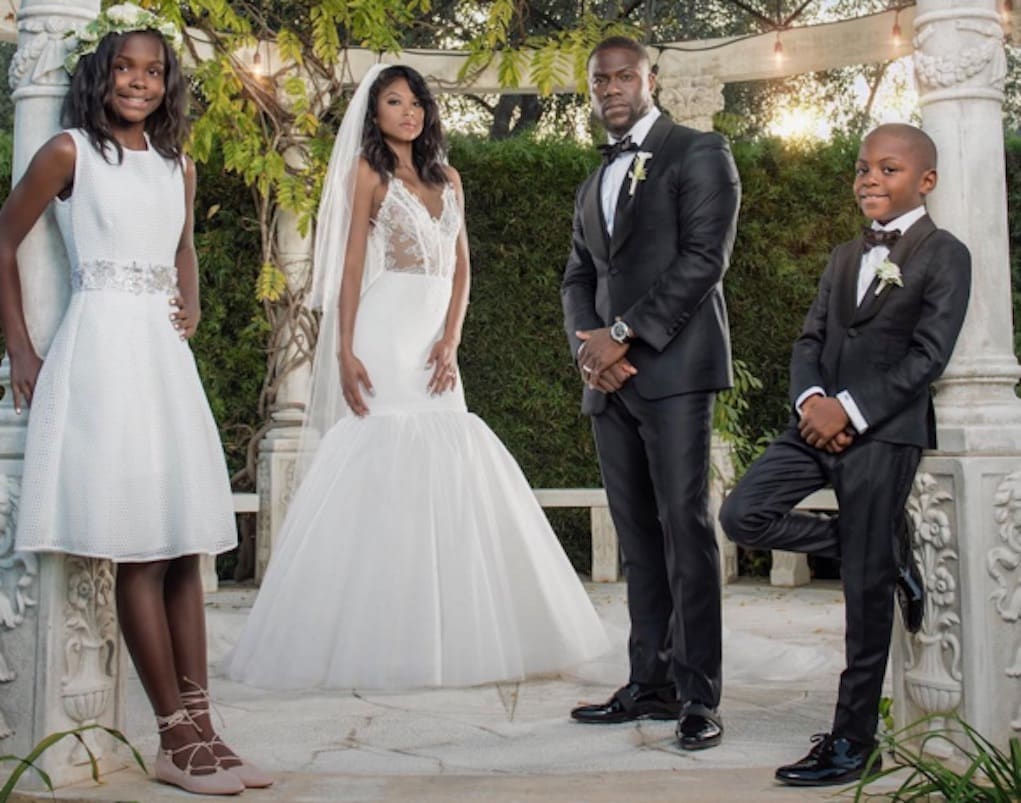 ‘Tis the season for celebrity weddings and engagements. Ray J and Princess Love tied the knot over the weekend, Adrienne Bailon got engaged to Israel Houghton, and now Kevin Hart and Eniko Parrish have also tied the knot.

The couple got engaged two years ago and finally got married at a private estate in Montecito, CA in front of 200 guest including Fabolous, Emily B, Trey Songz, Nelly and Shantel Jackson to name a few.

Kevin included his children in the ceremony, with his 8-year-old son Hendrix acting as the best man.

The comedian spent big bucks to make the day special for his bride. The reception even had a lit-up Ferris wheel and Merry-Go-Round.

Kevin began dating Eniko before his marriage to his ex-wife, Torrei, was finalized… even though he denies cheating on Torrei. But Torrei has gone on the record to say Eniko was his mistress, and she was one of the reasons their marriage came to an end.

“Despite what Kevin has said, and the time frames he is trying to establish, she was his mistress and was one of the reasons that broke up my family,” – Torrei Hart

Despite Torrei being there from the start to help Kevin get his career off the ground, the comedian has constantly referred to Eniko as his “Rib,” and giving her all the credit for “holding him down.”

Some people wait a lifetime for a moment like this… ✨ #MrsHart? #VeraWangGang