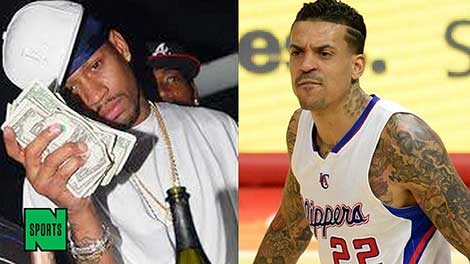 In his recent revelation, Barnes made it clear … because of Iverson’s obscene spending, no one seemed to notice that he jumped at the opportunity to capitalize on the A.I.’s cash flow!

During a recent interview, Barnes reveled he and Iverson would hit the strip club circuit together, back when they were both 76ers. That was a time when Barnes was an NBA rookie, and A.I. was at the top of his financial game. And, let’s just say Iverson was not a saving kinda man …

Check out what Barnes just put out there:

“That guy went. He’d throw so much money, and this was when I was first in the league, that I used to take my foot and scoop the shit under my chair and either re-throw it or put some in my pocket. He’d throw $30,000, $40,000 every time we went. I’m like, ‘You realize what I can do with this money?”‘