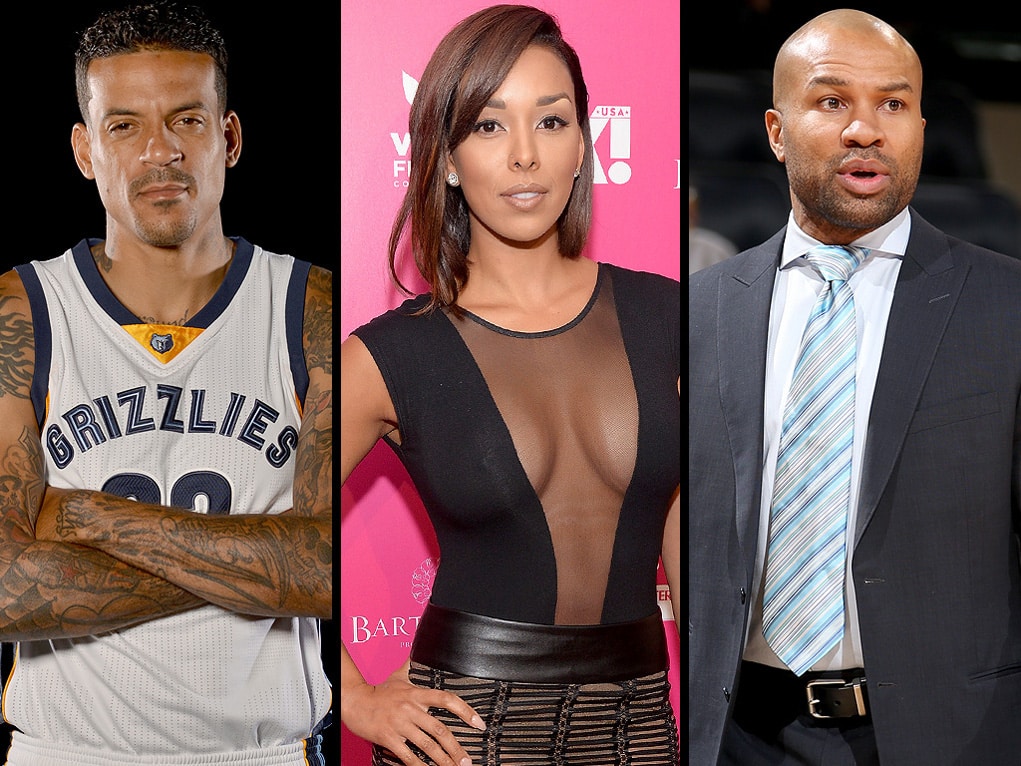 The beef between NBA journeyman Matt Barnes, and New York Knicks head coach, Derek Fisher, is far from over.

This past summer, Fish was banging Gloria Govan, who is Barnes’ ex, and the mother of his kids.  When Matt caught wind of the former Laker hanging at his ex’s house around his kids he rushed over, and the two exchanged blows until Barnes’ kids came out and pleaded with them to stop.

The league handed down a suspension to the two for their participation in this altercation, but the two grown men have no let bygones be bygones – at least the always volatile Barnes hasn’t.

With Barnes’ Grizzlies set to host Fisher’s Lakers, the NBA forward was asked how he will respond to Derek, and he had a simple message.

Talking about his relationship with Fish, Barnes made it clear that he will not suffer more suspensions, but in the future he plans to come after his former friend.  “I know I got to keep my mouth shut because then he’ll run and tell,” Barnes said. “So we’re focused on playing that team (the Knicks). And when I’m retired, him and I will cross paths again.”