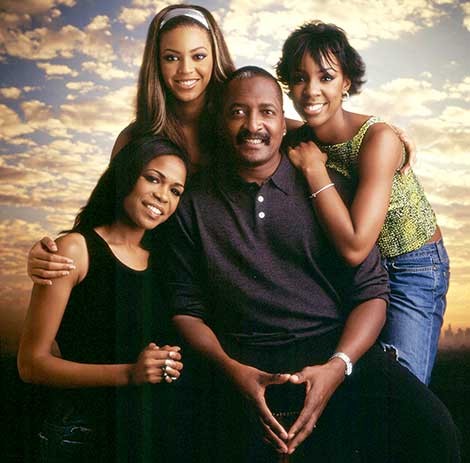 So you say Beyonce and company are planning a Destiny’s Child 10-year reunion? Hold Up! Say Whose Name? Because according to Matthew Knowles, he owns one-fourth of the group’s name … so, ain’t no Destiny’s dropping … no Child to be expected … until he gets paid!

So what does Bey, Kelly and Michelle have to say about Matthew’s play? Though we can’t list specifics … or tell you if they’ll meet Matthew’s tax … they’re reported to be in agreement over NOT wanting anything to do with Papa Knowles!!!

“Mathew’s been waiting for this. He knew Beyonce, Kelly and Michelle would get back together and need the name Destiny’s Child. Fans for years have been seeing the solo Beyonce on stage and they’re getting bored. Fans want to see groups again. That’s why One Direction is the biggest act out there. Beyonce figured it out so, she wants to work with Kelly and Michelle again. If they use the name Destiny’s Child? They gonna have to pay Mathew.”