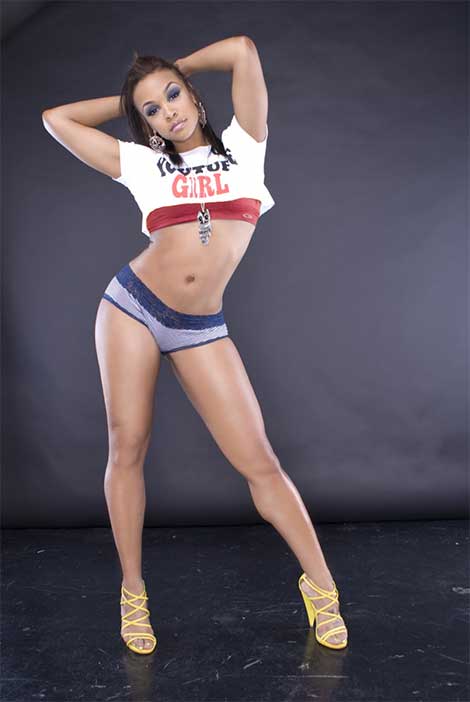 Source says Masika Kalysha also had a club appearance on December 14 in Los Angeles, at Hollywood Couture nightclub and the L&HHH cast member was a no show. Know why? Because Masika had no intentions to appear at the Hollywood nightclub, but she did take the deposit she got from Hollywood Couture’s owner Julious Strange, to purchase herself an outfit for her Las Vegas gig.

“Julious Strange reached out to Masika’s management team and they told him they will charge him either $3,000 or $1,500 and 3 bottles, since the club is in California. Agreeing to the second option, Strange sent $800 on November 21st and was planning to pay the other $700 at the event, like he is supposed to. That’s when they sent him a contract and photos.”

“Masika also did a video shoot for the rapper Lok Skywalker on December 14th. She rocked the same outfit for her Ace of Diamonds club appearance and the video shoot.